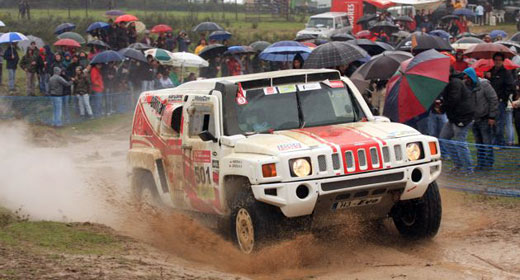 The Czech Miroslav Zapletal was the winner of the 26th edition of the Baja Portalegre 500 in a thrilling final. The driver of the Hummer H3 EVO, who was third at the last checkpoint, almost 13 minutes to the leader, Russian Boris Gadasin, eventually recover all the time and cut the line 21 seconds ahead of Rui Sousa, runner-up and best Portuguese. The Russian, in turn, ended up on third after having suffered a two-minute penalty for having left the itinerary and, instead of reenter at the same venue, made it more ahead.

The ultimate stage of Baja Portalegre 500 this year was unfit for heart. Rui Sousa was the first to reach the goal and, despite a puncture in the final phase of the last stage, still equated the difference to second and third on arrival would be enough to win. But in the final accounts, the driver was unable to reach the victory – that eludes him since 2000.

Gadasin finished third and still failed to complete the race in Portalegre without problems. In addition to the mechanical problems on G-Force Proto that plagued the last kilometers -broken front transmission, failure in the brakes and broken gear lever – the Russian still was penalized.

In the end, Miroslav Zapletal has not had good notion that he had won the race. “I just wanted to get to the end. We ended up winning, it was very good. We really enjoyed the course but it was very difficult”, said the driver who participated in Portalegre for the sixth time and completed the TT World Cup in second. 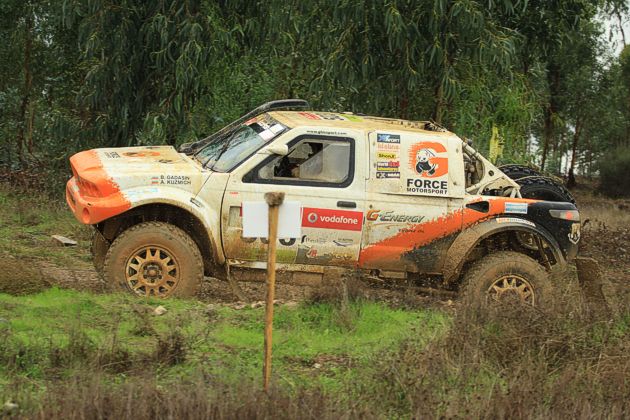 Boris Gadasin was disappointed with the result. “It happened everything. It was a shame”, said the Russian who considers this” the best Baja in the world “.

Rui Sousa, in turn, was delighted to have returned to the podium of a major international competition. “I’m delighted. I wasn’t expecting. In the last sector we had a puncture and even stopped seven or eight times. The win came close but it wasn’t our goal. We wanted to finish the race and second place is an important result. I believe that our experience in this kind of conditions was very important”, said the 2004 Portuguese champion.

With foreign pilots in good plan, was another Czech, Zdenek Prizek, also with a Hummer, who finished fourth. With a very steady drive, José Dinis Lucas ended up in fifth position, 20 minutes from the winner.

In the T2 category, the win went to Reinaldo Varela (Mitsubishi Pajero). The Brazilian driver finished the stage setting in second but eventually benefit from a nine minutes penalty from compatriot and Brazilian TT champion, Marcos Moraes, who finished second. Cardozo was in last place on the T2 podium.