Leonid Novitskiy: “A success formula on “Dakar” – parity of forces, resources and opportunities!” 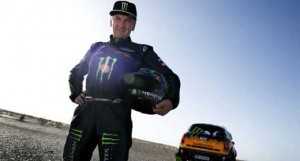 On the forthcoming rally marathon “Dakar-2013” the German-based team X-Raid will be presented with 7 cars including 6 MINI All4 Racing and one BMW X3CC.

Among the 4 crews in a factory line-up there is a Russian “duo” Leonid Novitskiy and Konstantin Zhiltsov with their orange Mini All4 Racing number 307.

In the pre-starting interview they told about preparation for “Dakar-2013”, the goals and rivals on the most difficult race in the world.

Leonid, for you it will be already the 7th “Dakar”!  Thousands of kilometers, successes and victories, mistakes and lessons are behind the wheels. What is your formula of success on “Dakar”?

Leonid Novitsky: The main thing governed on “Dakar” – not to get excited! Tension level, physical forces and emotions, resource of equipment and operability of assistance team are always on a limit, therefore it is so important to be able to weigh competently the physical and technical capabilities and to distribute their potential for all days of race. In practice there are a lot of examples when the pilots apply super efforts and win one or more special stages, but then physical condition fall down or the car gives failure and as result the race for them comes to an end ahead of schedule or with insufficiently good result. And if we look at statistics, for example, of Stephane Peterhansel, the Frenchman isn’t famous for victories on special stages, but he is a 10-times winner of “Dakar” Rally. So recipes for everybody are different. I always seek to observe parity of forces, resources and opportunities, but as well, every year I try to raise skill level, to add in speed, to do less of mistakes and so on. All comes with experience! 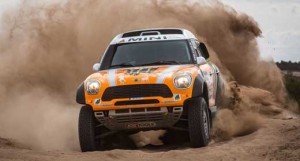 Last year you finished the 4th, having shown the brilliant result and the best in your career. What is your goal on the forthcoming “Dakar-2013”?

Leonid Novitskiy:  I agree, we had very good result in 2012 and the main thing is that each year we go “step-by-step” to the better result.  So on “Dakar-2013” we will try to be on a podium!

Let’s consider “Dakar-2013” from a position of competitive fight. Who are your rivals in the battle for high positions?

Leonid Novitskiy:  If we take the list of participants, all the crews positioned from 300 to 315 starting numbers are very serious rivals.  All of them are very skilled pilots and have a great experience, excellent cars and the qualified navigators.  Certainly, it is possible to name the recognized leaders, such as Stephane Peterhansel, but don’t forget that we speak about “Dakar” where the success of everyone, including favorites, equally depends on set of factors and luck.

Who will be as “dark horse” on coming “Dakar”?

Leonid Novitsky:  For me, nobody.  However, I would allocate Brazilian pilot  Spinelli who can give a surprise and show high level of a driving as he did it on rally in Morocco this year.

You will drive together for the first time in one crew. What can you say about each other?

Leonid Novitskiy: I know Kostya for a long time, we are friends, and many years we are engaged in rally raids. In the last few years, his career began to develop very promptly, thanks to his work with well-known Jean-Louis Schlesser. He grew in the professional aspect, and in our preparation “Dakar” program Kostya has shown a high level of competence among his French colleagues. I hope that our experience will allow us to avoid mistakes on the route, losses of time and, respectively, to get competitive advantage. Last year, together with Andy Schultz we lost on “Dakar” about 30 minutes in total, and it is quite essential in fight for a good result.

Konstantin Zhiltsov: For me to work with Leonid is a certain step forward in development of the sports career, a new and useful experience. Leonid’s sports level is very high, comparable to Jean-Louis Schlesser. But at the same time, differences of these two pilots are very essential. Schlesser, owing to the age and rich experience, conducts race with a position of the maximum confidence which isn’t leaving for a side of risk. Leonid opposite, is emotional, ambitious and hazardous, goes with the maximum kickback and isn’t afraid to risk. Also I want to note Leonid’s skill of passing sand and dunes, he do it perfectly, I was really surprised when we tested Mini in Morocco.

Tell about team training before “Dakar”? 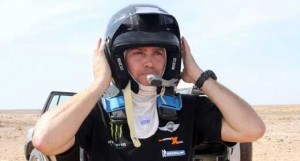 At the first part we were engaged in technical training in the team workshop in Trebur. Each crew independently sorted and assembled the car, learned all technical features of main parts, engine, transmission, etc.

Further we passed full medical examination and moved to mountains. There we were engaged in sports navigation in the wood, the next day we passed in physical preparation, run and foot walks on long distances, in the third day there was a pool, relays and water polo, and finally we spent two more days in high altitude, in mountains. We carried out the whole complex of occupations, for example built the bridge through the river, were engaged on the rock climbing, etc. It is important to note that we worked and lived each day all together and  it is most important in the right way to feel the “team spirit”. I am a new person in the team, and first time it was not easy to communicate each other, but thanks to such program, I joined team very quickly, and now the relations with all team became closer.

How technically your team approached to “Dakar-2013”? 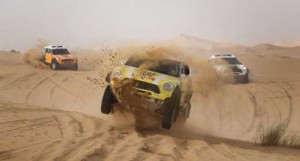 Leonid Novitskiy: Our team is working with cars and its development each day and this process never stops! It helps us to be on leading positions. Evolution of MINI All4 Racing proceeds within the approved program. For “Dakar-2013” we put in Mini new engines which successfully was tested in Morocco, our technical specialists make also several innovations in suspension. It became softer, road ability of the car improved, and the level of comfort inside the car raised which is so important when you race in marathon rally. Installation in Mini of air conditioners became an additional innovation.

Leonid, which car, except MINI, you think can be interested to test and race on “Dakar”? 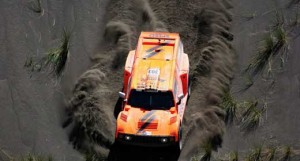 Leonid Novitskiy: To my mind, it would be interesting to try Hummer prepared by Robby Gordon as this car impressed me with its speed on “Dakar-2012” when during one special stage we went very fast, but Gordon overtook us as if we went on a tricycle. Of course, Hummer is absolutely different then Mini, but in general the rear-drive cars has

And the second interesting  car is Mitsubishi ASX prepared with support of factory branch of Mitsubishi in Brazil and with involvement of experts from Ralliart France. Many technically interesting decisions are introduced in this car, it has a good configuration and certainly, the powerful engine by Aston Martin which is done this race car even more attractive. 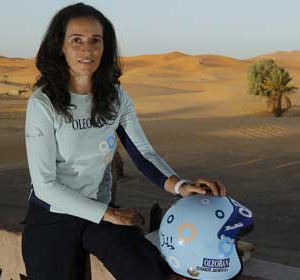 The race driver Elisabete Jacinto started today on her way to Almeria, Spain, where she shall undergo the technical and bureaucratic...
Copyright 2011-2016 Rallyraid.net - RISE Network. All Right Reserved.
Back to top