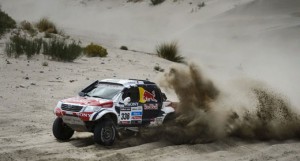 The Dakar Rally has arrived in San Miguel de Tucuman for a rest day, and the competitors have already faced more than half of the track. 4050 kilometers remain to the finish line in Santiago. Adam Małysz and Rafał Marton (Red Bull – Overdrive)are firmly in 17th place – the highest ranked Polish team, and the second in Overdrive Racing, which fielded six Toyota Hilux trucks. Two spots above them is Geoff Olholm, a two-time Dakar veteran. Małysz has been faster than the more experienced Australian in three special stages. In specific sections, he has held 14th place, 18th twice, and the 19th. He hasn?t made it to the top twenty only three times, due to various incidents.

After a very successful prologue and achieving 14th place, Adam faced serious trouble on the second day of the rally, on the loop around Pisco. He had to brake while behind Orlando Terranova’s BMW and dug his car in for half an hour. Afterwards, he had to change a punctured tyre. The next section also saw another incident: 700 meters before the finish line, our team was forced to brake before a group of peruvian spectators, and the car dug in once again. Just over a dozen minutes were lost. The special stage to Arequipa began with digging the Toyota out of the sand one more time.

The sixth section saw Małysz decidedly picking up the pace. He started besting rallying aces such as Spinelli, Vigoroux or Lavielle in single special stages. On the section to Salta, he was closely following Iveco de Rooy for 130 kilometers. He crossed the finish line before Nani Roma’s Mini, having not let the famed Catalan overtake him. No-one before the race expected such speed and such results from a driver who has only been off-road rallying for one and half years. 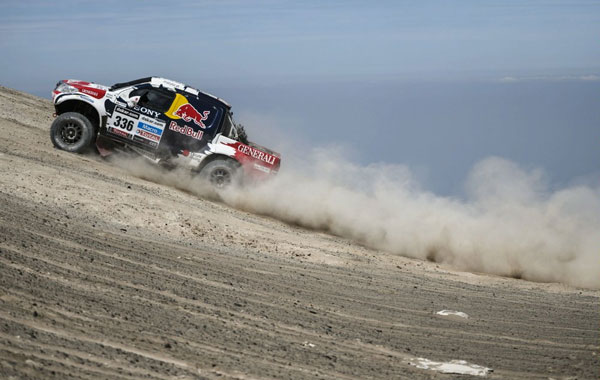 It is important to note that the Toyota Hilux has only exhibited faultless performance, with no technical faults so far. Małysz is also satisfied with the car’s servicing, provided by Jean-Marc Fortin’s Overdrive Racing.

“I’m getting more and more used to the Toyota,” said Adam Małysz. “Even Rafał is shocked and doesn’t urge me to slow down anymore. He says my speed should be relative to how much I can see. This is a completely different kind of driving than last year. That time around we would only pass a dune after five or six tries. Now I just choose a different route and we keep going. Jean-Marc [Fortin] is satisfied. He doesn’t have many cars left in the race, so he’s putting in extra effort to support us.” 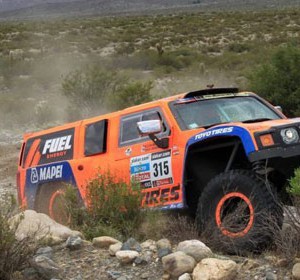 Stage 8 in the 2013 Dakar Rally continued in Argentina, taking competitors from Salta to Tucumán. Initially, it was suppose...
Copyright 2011-2016 Rallyraid.net - RISE Network. All Right Reserved.
Back to top