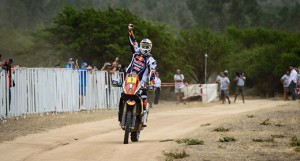 Cyril Despres: “The Dakar is never easy but always unpredictable. This year the start in Peru meant a lot of sand and a lot of navigation right from the first day. And things got even more complicated, when half way through the rally I had to make an engine swap on the marathon bivouac, away from my assistance. Happily I was able to overcome these challenges and fight my way to the overall lead during the second half of the rally.

For me this victory is special in a number of ways. Firstly because it has been a while since anybody has managed to win two consecutively. If my memory serves me correctly I think Richard Sainct was the last rider to do it. My team mate Ruben taking the second place also makes me very happy. This is the fourth year he has been alongside me and in that time he has really matured as a competitor.

Now of course everybody is asking me if I want to carry on and try and equal Stephane Peterhansel’s record. The answer is ‘yes’ I want to carry on, but not to break any records. It is quite simply because this race fascinates and excites me as much now as it did when I first entered back in 2000. And as long as that is the case I will keep returning! Many, many thanks to the team members, KTM, Redbull and all my other partners for making it possible.” 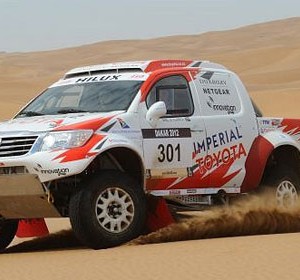