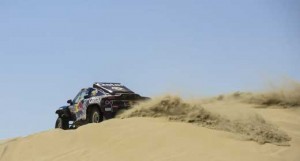 Nasser Al-Attiyah’s adventure at the 2013 Dakar came to a premature end when he was unable to complete Stage Nine of the rally due to a broken water pump. Nasser and co-driver Lucas Cruz had been battling for the overall lead of the race until they were forced to withdraw on the stage between Tucuman and Cordoba. His retirement from the race is a bitter pill for Nasser to swallow but he can look back at his participation in the 2013 Dakar with plenty of fond memories.

The ambitious Qatar Red Bull Rally Team project managed to win five of the eight Dakar Stages they completed on their first trip to the desert classic. The specially designed Buggy had also put Nasser just a whisker off the overall lead of the race at the halfway point. The two Buggies entered into the 2013 Dakar by the Qatar Red Bull Rally Team delivered stage wins for both Nasser and Carlos Sainz before they suffered their untimely departures from the race.

These remarkable achievements were recorded despite the Buggy having only been built five months before the start of the race resulting in very limited testing mileage. With such a short time for testing it was always a possibility that the unique challenges of the Dakar may have been too much too soon for the project.

On Nasser’s arrival in Cordoba he promised to carry on his hard work with the Qatar Red Bull Rally Team project and to do all he can to fight for an improved performance at the 2014 Dakar Rally. 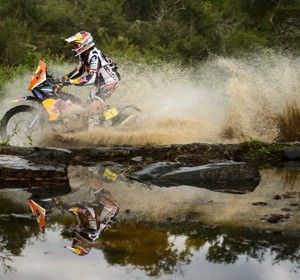 Red Bull rider Cyril Despres put in a magnificent ride in Monday’s Stage Nine of the Dakar 2013 when it resumed for the second...
Copyright 2011-2016 Rallyraid.net - RISE Network. All Right Reserved.
Back to top