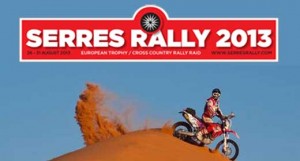 The Serres Rally is proud to announce that it will be part of ” Rally Pro Series 2013″!

After the X Rally Marrakech from 5th to 8th March, across the Atlas with “cap” Agadir, the Serres Rally from 26th to 31st August, will be the second round of the Promotional Championship which aims to breed the future generation of Rally Raid Riders! The Greek mountains will be the scenery of the amazing 5-day race at Serres.

The agreement is a milestone and a testament of the exceptional organizational level of Serres Rally, and places the best Greek Rally Raid in the prestigious position alongside other internationally acclaimed.

The last round will be the Merzouga rally, at his 4th edition, from 21st to 26th October

Elisabete Jacinto is second among trucks 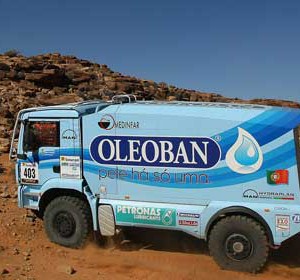 Elisabete Jacinto is second among trucks

Today, at the fifth stretch of Sonangol Africa Eco Race 2013, driver Elisabete Jacinto obtained yet a second place in the trucks...
Copyright 2011-2016 Rallyraid.net - RISE Network. All Right Reserved.
Back to top