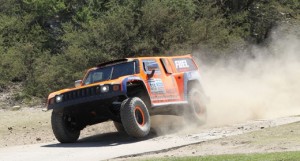 Stage 10 in this year’s Dakar Rally was a much shorter stage than yesterday but featured much of the same narrow WRC-style course. Given this, Robby Gordon and navigator Kellon Walch knew that it would not be suitable for the SPEED Energy / Toyo Tires / MAPEI HUMMER.

Starting fourth today allowed Gordon to keep pace with the 4wd cars in order to stay within reach. Gordon put on a spectacular show with his vehicle, pushing corners through river crossings and jumping cattle crossings, ultimately giving the locals a reason  to cheer. Gordon finished fifth, 6 minutes and 51 seconds behind the stage winner.

“Going into today’s stage, we knew that we were going to lose time. Our goal was to be within a few minutes of Peterhansel by this time, but, unfortunately, now we are just trying to maintain and get the best finish that we can. Tomorrow will be better for us as we head back to the dunes. I think we are ready to find ourselves close to the top once again for the stage so we will see,” commented Gordon after his run in Stage 10.

As the Rally comes down to the last 4 days, more and more competitors seem to be dropping out. Gordon and Team SPEED look to make a jump in the overall standings every day hoping to reach the top 10. Tomorrow’s Stage 11 will head to Fiambalá with a 256KM liaison leading into a 219KM Special featuring the famous white sands of Argentina. The key is to not find yourself stuck or find yourself lost as it will be a costly mistake to any competitor. Being that it is so far into the Rally,  it will be impossible to make up in the following days. 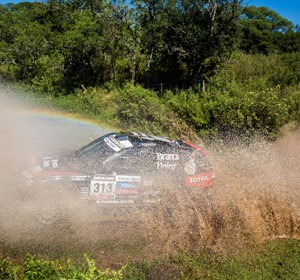 In front of his home crowd, Orlando Terranova delivered in outstanding style to win the special stage from Cordoba to La Rioja,...
Copyright 2011-2016 Rallyraid.net - RISE Network. All Right Reserved.
Back to top