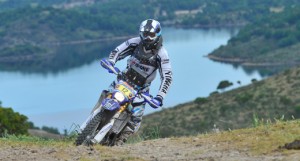 Unbelievable, but true: the pluriwinner of Dakar (absolute record: 11 victories) will be at the starting line of the Pordenone race, riding a Yamaha Motor France. In 2003 he had to waive at the photofinish because of a broken steering, allowing Masuoka to win the car race.

Raise your hats, among Italian Baja’s entries there is the name of Stéphane Peterhansel! The winner of 11 Dakar editions – absolute record, 6 times as a biker and 5 driving a car, included last January’s race with his Mini – will join us in Pordenone to face the first race of the FIM World Cup Bajas 2013. The French ace comes back to his first unforgotten love. He will be at the starting line riding a bike belonging to the Yamaha France Team, offering us an unthinkable duel with Alberto Basso, the Landlord, who won last three editions of the race. “It is a great honor to have the presence of such a big champion in our race – proudly affirms the general manager Mauro Tavella –, as he represents the rally races symbol all around the World. It will be his chance to revenge after the 2003 defeat, when he couldn’t reach the arrival line just few km before the end of the track”. Peterhansel was in fact the hero of an extraordinary Italian Baja with the international Gotha of Cross Country along the Cellina-Meduna riverbeds. He was the absolute leader thanks to the best time he got in all of the four laps and the wide gap ahead on his challenger Hiroshi Masuoka, driver of the same Mitsubishi Team; he had to quit victory on the fifth and last lap, at about 10 km before the arrival, because of a broken steering which obliged him to decelerate, allowing the Japanese driver to recover and overtake him. “In 2003 Peterhansel won the hard luck trophy – remembers Tavella –: K.O. at the Dakar when he was seizing the first position, the same destiny at the Italian Baja and lastly its fired car in Tunisia. When I met him in Spain, I told him: “Hi, Stéphane, if you decide to go to Lourdes this year, you probably should knock at a locked door!”. 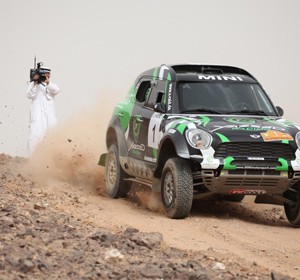 The Saudi Arabian Motor Federation (SAMF) has now finalised the dates and route format for the Ha’il International Rally,...
Copyright 2011-2016 Rallyraid.net - RISE Network. All Right Reserved.
Back to top