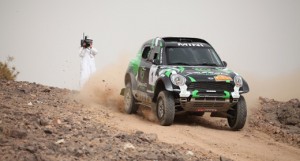 The Saudi Arabian Motor Federation (SAMF) has now finalised the dates and route format for the Ha’il International Rally, an FIA-sanctioned cross-country event that will run for nearly 1000 competitive kilometres through the north-central region of the Kingdom of Saudi Arabia from March 21st-28th, 2013.

New rally director Anwar Helmi has confirmed that the expanded Ha’il International Rally will feature four gruelling desert stages through the scenic An Nafud desert and a shorter 6km super special stage to get the competition underway. The route will offer a wide variety of desert terrain, including gravel trails, sand dunes, wadis, areas of tricky navigation and the passing of small oasis farms. Part of the route will pass the Alolaym mountains and skirt the village of Qna.

There will also be a shorter event for motorcycles (bikes and quads) for the first time. This will be divided into four shorter sections of around 100km apiece to cater for refuelling requirements.

“The rally will be open to all categories of cars and motorcycles for the first time,” said HRH Prince Sultan bin Bandar Al-Faisal, chairman of the SAMF. “We have also increased the distance this year to raise the level of the challenge for our competitors. Our team has just completed a comprehensive survey of the route of the event.”

Elie Semaan is again appointed as clerk of the course and Eias Al-Saleh is responsible for liaison with the SAMF’s chairman H.R.H. Prince Sultan Bin Bandar Al-Faisal.. Hungarian consultant László Polgár – a member of the organising committee for the Hungarian Baja round of the FIA World Cup for Cross-Country Rallies – has worked on the rally route and has been appointed as the assistant clerk of the course.

Scrutineering and documentation will take place at the Maghwat Conference Centre on Friday, March 22nd and Saturday, March 23rd. This will be followed by the pre-event press conference and a permitted period to carry out the reconnaissance of the super special stage on Saturday afternoon.

The ceremonial start takes place at 10.00hrs on Sunday, March 24th and precedes the super special stage at 15.30hrs. The first of four desert selective sections gets underway at 06.00hrs on Monday, March 25th and the competitive action finishes on Thursday, March 28th, with the finishing ceremony rounding off proceedings at 19.00hrs. The selective sections will be approximately 300km, 260km, 195km and 210km in length.

Entries are now open for vehicles complying with FIA T1, T2, T3 and T4 regulations. There will also be a two-wheel drive category within the T1 section and another category for diesel cars. The closing date for entries at reduced fees is Thursday, March 7th and the final closing date will be Monday, March 19th. There will be three categories in the motorcycle section – below 450cc, above 450cc and quads. 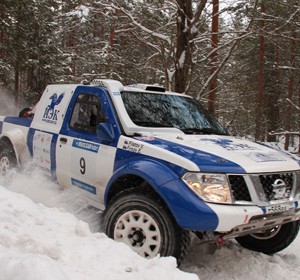 Russian “PEC” team perfectly started in international Baja "Northern Forest 2013", at once climbing up to the group of leaders...
Copyright 2011-2016 Rallyraid.net - RISE Network. All Right Reserved.
Back to top