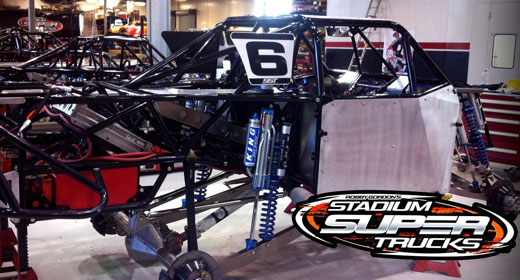 Robby Gordon OFF-ROAD’s Stadium SUPER Trucks, which will begin its inaugural season of thrilling, stadium style off-road racing on April 6 at University of Phoenix Stadium in Glendale, Ariz. announced this week that production of these one-of-a-kind race vehicles is ahead of schedule.

“We have been working long hours for months, and there will be 30 complete trucks ready to compete at Phoenix. The craftsmanship and build of the Stadium SUPER Truck is something we take enormous pride in at Robby Gordon OFF-ROAD,” said Shane Bourgeois, lead mechanic.

Bourgeois added that 22 chassis are through production at Robby Gordon OFF-ROAD’s state of the art, 100,000 square foot facility in Charlotte, NC. Each truck is being constructed to a design spec exclusive to Stadium SUPER Trucks.

“I’ve been thinking about Stadium SUPER Trucks for 20 years; it is a place where I started my career and I have always dreamed of bringing it back one day,” said Series President, Robby Gordon. “This is a platform for athletes from all types of sports that can come and be competitive. Being that all trucks are built the same, it comes down to the driver’s athletic ability to perform. We are confident in putting on a great race and quality entertainment for the fans. I cannot wait to start the season on April 6 at University of Phoenix Stadium.”

Designed to resemble a Traxxas remote control “Slash” truck, the Stadium SUPER Truck is the life size model of the popular RC version. Its unique specifications are something that has not been seen in off-road racing since the Mickey Thompson off-road era. Sitting on 35” DOT approved tires; the truck features a wheel-base of 104” with a stance only 71” wide. This two-wheel drive vehicle featuring a 2 or 3 speed transmission (pending track configuration) offers 18” of wheel travel in the front and 24” in the rear allowing the truck to soar over large jumps and land with authority. The 600 hp EFI V-8 powered trucks weigh 3000 lbs making the power to weight ratio of .20 compared to short-course’s Pro 2 that has 800 hp but weighs 4200 lbs with a power to weight ratio of .19. With the SST’s lower center of gravity, it’s an advantage over any Pro Lite, Pro 2, and Pro 4 in short course racing today. 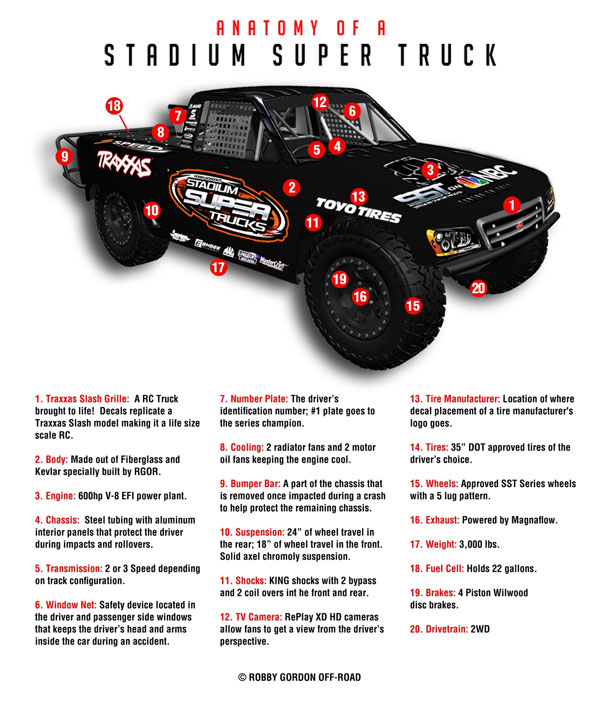 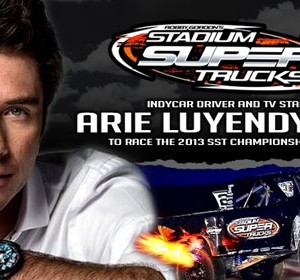