The Dakar Challenge is building on its success in South America, where it is present through the Desafío Ruta 40, by spreading its wings to the North American circuit with a double event. The plans were explained in detail this weekend to the drivers of the Baja 250 (USA), who were thrilled by the prospect of earning a place at the Dakar. 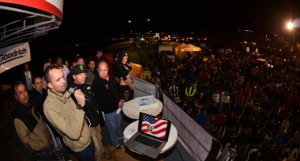 The Dakar Challenge has a keen eye for spotting new talents capable of shining in the world reference of off-road rallies, which could be hiding in any of the many countries with a motor sports culture. Just like South Africa and Australia, the United States are one of the countries whose terrains are perfect for off-road racing, a format which attracts many drivers and riders who have a special connection with the world of the Dakar. This is why the Baja 250 in San Felipe hosted the unveiling of the Dakar Challenge calendar last weekend, including a double event in the US circuit. For several years now, the cars racing on these tracks, especially in the SCORE category, have been allowed to take part in the Dakar. Roger Norman, the man in charge of the HDRA and SCORE INTERNATIONAL championships, agreed to make two of his major events part of the Dakar Challenge. The results at the Baja 500 (Mexico) and the Reno 500 (USA) will be combined to give two pilots (a car driver and a motorcycle rider) who meet the criteria a place at the 2014 Dakar.

The principle of selecting two vehicles in each of the various legs of the Dakar Challenge will also apply to the other events organised this year. Therefore, at least eight up-and-coming drivers and riders will be on the start line of the Dakar next January, ready to spring a surprise.

The legs of the Dakar Challenge 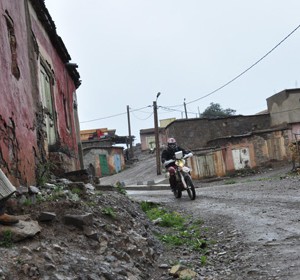 A success of participation for the marathon race that saw more than 100 competitors to cover 1200 km in 4 days from Marrakech...
Copyright 2011-2016 Rallyraid.net - RISE Network. All Right Reserved.
Back to top