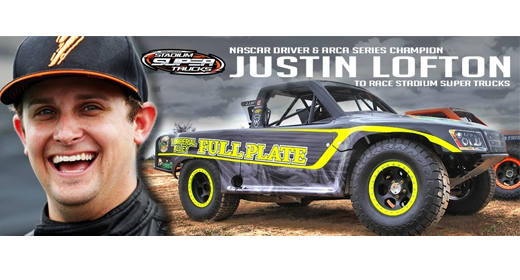 Stadium SUPER Trucks is modeled after the late Mickey Thompson Off-Road Championship and will take off-road racing to 12 state of the art stadiums across the country and abroad offering the champion a year-end prize of $500,000. The first race for SST and Lofton will take place April 6 at the University of Phoenix Stadium in Glendale, Ariz.

“I’m really excited to be a part of SST, I have watched it all come together, and I can’t wait to line up to the start line April 6th for the Inaugural race.” Stated Lofton.

A native of Brawley, Calif. Lofton will go back to his desert racing roots in a specially engineered 600-horsepower Stadium SUPER Truck with support from Imperial Valley Full Plate group.

Imperial Valley Full Plate consists of various vegetable, hay, and citrus farmers along with multiple electricians and cattleman who have combined with other business owners and friends of Southern California to utilize the national reach and fan base of Stadium SUPER Trucks to promote their products and services fully.

“I am proud to be carrying the colors for the Imperial Valley Full Plate group. Everyone has become great friends and we enjoy having their support on and off the race track.”

SST President Robby Gordon commented on Lofton as an addition to the Stadium SUPER Trucks for 2013.

“Justin has been a long time friend and competitor in SCORE and Best in the Desert, he is a very capable racecar driver that will be fun, and exciting to watch in Stadium SUPER Trucks. Being a past winner in the NASCAR Camping World Truck series, Justin brings a great amount of truck control, as he has tested the SST truck numerous occasions  I am very excited and proud to have Justin compete with us in the Inaugural season of Stadium SUPER Trucks. “ 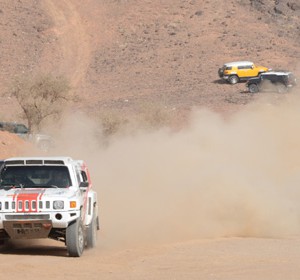