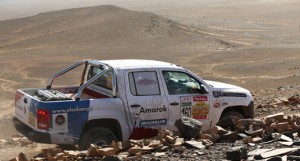 The Portuguese driver holds the first position of the 23rd Rallye Aïcha des Gazelles leading the category auto / truck with a penalization of 79.56 kilometers. In the fifth stage the duo, formed by Elisabete Jacinto and Valérie Dot, had the third best result of the day.

The Rallye Aïcha des Gazelles, which is almost ending, it is now at the sixth and final stage, which is also a two-day marathon journey that is decisive for the final classification of this competition.

Elisabete Jacinto, which integrates the Volkswagen team, is getting closer to fulfilling the goal of winning this competition, after having been ranked second and third in previous editions of this event: “We are making excellent choices which have allowed us to minimize the distances between de CPs. In the fifth stage we made just more 14 kilometers which in a 204 stage is very positive. Anything can happen on this rally, “said Elisabete Jacinto.

The caravan now leads towards Foum-Zguid where it will end another edition of the Rallye Aïcha des Gazelles. Over the next two days the participants will have to cross the dunes of Erg Cheggaga and will, once again, camp in the desert. 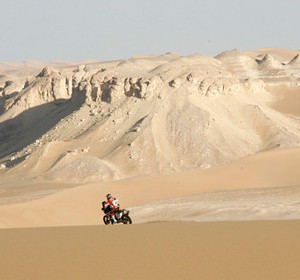 A Country with a thousand-year old history, a desert among the most beautiful and varied of the world, a reliable organization...
Copyright 2011-2016 Rallyraid.net - RISE Network. All Right Reserved.
Back to top