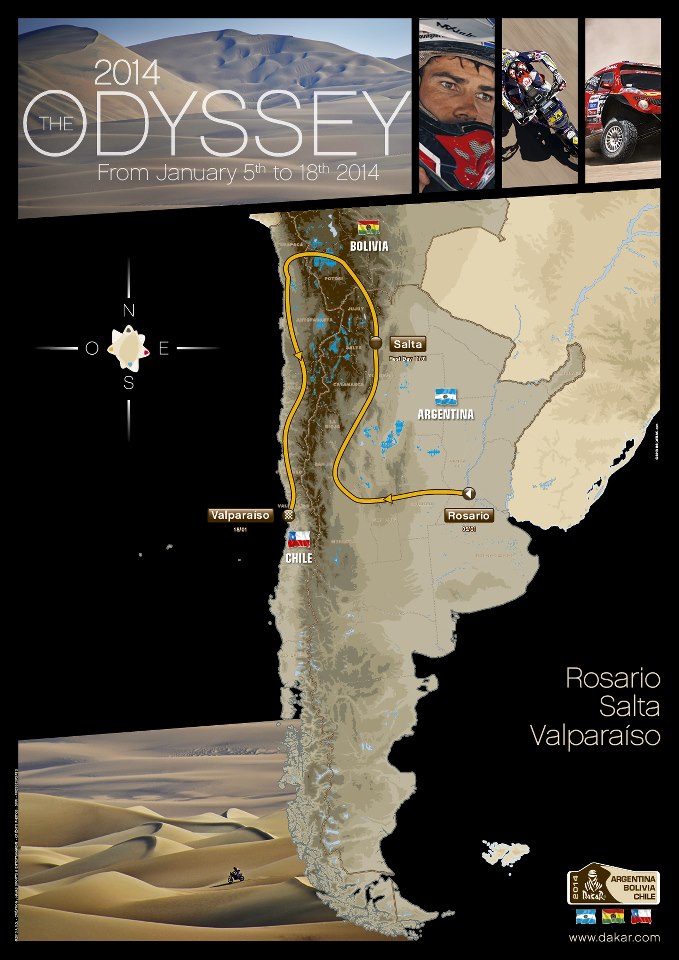 For its 35thedition, the 6th to be organised in South America, the Dakar will set off on 5th January from Rosario in Argentina and finish in Valparaiso in Chile on 18th January, after a brief visit to Bolivia, which will become the rally’s 28th host country. The 2014 route, with several marathon stages on the agenda, will test the competitors’ race tactics as such as their endurance.

Lionel Messi and the “Che” were both born in Rosario, the poet Pablo Neruda lived in Valparaiso for many years, and Simon Bolivar, known as El Libertador, has remained the continent’s ultimate reference almost two centuries after his death. During the 2014 Dakar, each competitor will draw his inspiration from the heroes which have influenced the history of the places which will be visited. The drivers and teams participating will have to rely on their physical resistance and their competitive spirit in particular, imbued with the values of off-road races, to achieve their objective.  Although the Dakar’s first visit to Bolivia will principally focus on discovery, the competitors’ technical and sporting performances will essentially be tested in Argentina and Chile, which will be explored in very different way compared to the rally’s 5 previous editions in South America.

The route, which will pass through North West Argentina’s canyons and sandy valleys, or the dunes of the Atacama Desert will require skilful driving as well the careful management of mechanical aspects. With longer special stages and several marathon stages, the 2014 Dakar’s competitors will constantly be required to tackle extreme endurance conditions.

Among the rally’s participants, whose entry applications are expected from 15th May, this year the Dakar will be giving pride of place to the future generations: ten places are reserved for the rally’s newcomers who have won their entry during the five races featured on the Dakar Challenge’s calendar. Among them, two Dakar Series races will be held in South America: the Desafio Ruta 40 in Argentina and the first edition of the Desafio Inca, in Peru. 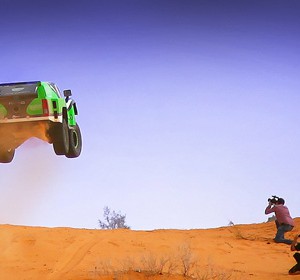