After the successful visit of the Dakar Rally in Peru both in 2012 and 2013, this country will now host the second Dakar Series event in South American. The rally, called “Desafío Inca” will take place in October this year in the Ica Desert, one of the toughest in the region, offering competitors a new chance to get to terms with Dakar conditions soon before the 2014 edition of the famous cars, bikes and trucks meeting.

Regarding the new event going to Peru, the Foreign Commerce and Tourism minister, José Luis Silva Martinot, said that “Peru has a number of advantages and the potential to develop international appointments like this one. Bringing the Dakar Series to Peru should deliver mutual benefits: the rally will have an ideal place, while the country will settle as one of the best choices to run this sort of sport happenings”.

Through the Desafío Inca, the Dakar Challenge will allow two new participants never entering the Dakar Rally before to effectively do that for the first time in 2014. This way, a new and top-level raid is added to the Cross-Country sport with three days of action for cars and bikes in a surface that has become one of the most outstanding at the time of organizing part of which is one of the most prestigious motorsport events in the world.

This round will be an important one in the international calendar, allowing Peru to get the economical profits of such a huge movement in the country, as well as taking advantage of the notorious Dakar brand image in a safe rally for the crews and fans, without forgetting environmental care, specially protected zones, sensitive areas and cultural heritage that different local entities may wish to promote. 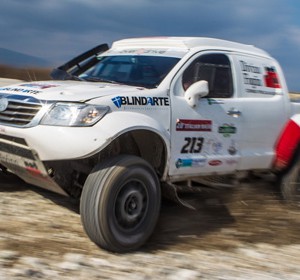