4RALLY will start a sports season 2013 on a rally raid “Gold of Kagan 2013” which will take place in Astrakhan from April 17th to April 20th in the status of the second stage of the Russian Cross-country Championship and the Cup.

Russian “duo” Pavel Loginov/Andrey Rusov on Mitsubishi Pajero prepared by the Latvian AV Motorsport team, is ready for the first race in this season.

Pavel Loginov:  “The busy working schedule allows to take part in races selectively therefore we try to choose the best events.  “Gold of Kagan” in Astrakhan and “Silk Way Rally” are key races in a calendar if we speak about the Russian territory.  Each of these races passes in a format of the rally raid – on off-road tracks, with a long distance and beautiful Bivouacs.  Besides, high quality of the organization, a sports intrigue and strong staff of participants distinguish them from other competitions”.

Unique geography of the Astrakhan region in which the immense steppes open passing combined with the places with real African desert with sandy dunes, seines and traps, every year prepare for pilots and navigators serious tests, forcing to show skill and endurance on all of the route distance with more than 1000 km. 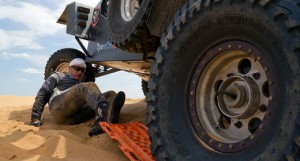 This year the rally raid “Gold of Kagan 2013” increased the appeal after the organizers of the international race “Silk Way Rally” announced details of a route of new edition of race in which Astrakhan is a finishing point. Thereby, “Gold of Kagan” for the majority of participants becomes a control stage in preparation to “Silk Way Rally 2013”.

Pavel Loginov:  “Considering quite big break in races, we set a goal to reach the finish, remember all skills and check the car.  If everything goes well, in the same staff we will start in the “Silk Way Rally 2013”!

Toolimpex Cup: Fodor and Hodola in the lead after Day 2 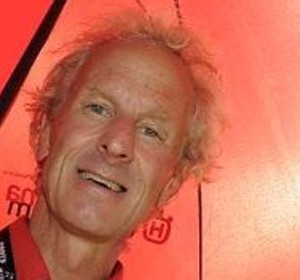 As of the 15th of April, Martino Bianchi who has over 30 years of experience in off road motorcycles, will become the new General...
Copyright 2011-2016 Rallyraid.net - RISE Network. All Right Reserved.
Back to top