The quick Spaniard was eyeing a top three result when he felt a sudden pain in his wrist following a jump over a dune. Barreda stopped at a service point and had to withdraw from the rally. There was no way he could continue the extremely demanding race.

“Sorry. There´s not much more to say. I´m devastated for my fans and the whole team being forced out of the race at this early point. The situation actually wasn´t special. I landed after a jump and had to stop immediately. Apparently my wrist injury sustained at the Dakar isn´t completely healed up. There was no choice for me but to stop.” 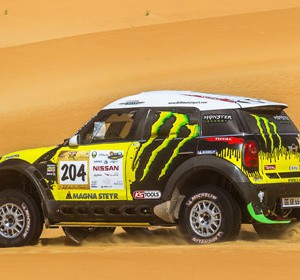