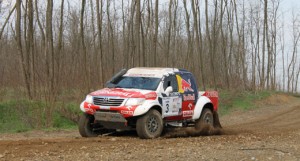 Adam Malysz took his first ever victory in cross-country rallies at Toolimpex Cup, first round of the Hungarian Cross-Country Rally Championship and the FIA Zone Trophy in front of winner of last year’s Nagykálló race, Zsolt Murczin who finished second as best Hungarian. Among bikes and quads, Richárd Hodola won.

At the end of Day 2 it seemed like the race was practically over as Imre Fodor lead in front of Adam Malysz by 4’34”. On the first special of Day3, Malysz was faster than his Hungarian rival by almost 40 seconds but the remaining almost four minutes seemed far too much for the last three specials. But at the end of the second special Director Mud again wrote a new turn into the story: Fodor got stuck (together with some more crews). 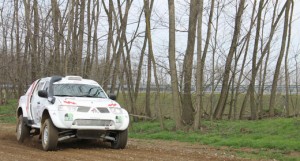 Former skijumping legend Adam Malysz inherited the first place and he managed to keep it until the end with very smart and precise driving. Last year’s winner in Nagykálló, the experienced Zsolt Murczin finished second with the strong Mitsubishi in front of Imre Varga.

Rookie in cross-country rallies, Antal Fekete took the fourth place with his Nissan, ahead of Lukasz Komornicki who was back on cross-country rally tracks after a long absence and got gradually faster during the weekend with two second times on the last two specials as a peak. 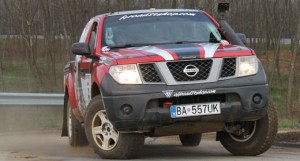 In category T2, victory went to Juraj Ulrich and Danka Ulrichova from Slovakia ahead of Tomas Horansky from Czech Republic and Maciej Stanco from Poland. The three T2s finished sixth, seventh and eighth respectively. After his muddy adventure, Imre Fodor had to settle for the ninth place in front of Olivér Sólyom.

Among bikes and quads, Day 3 saw a big battle between Richárd Hodola and Lajos “Laller” Horváth, finally it was Hodola who kept his advantage in front of the KTM rider. Third place went to Rudolf Sajan from Slovakia. 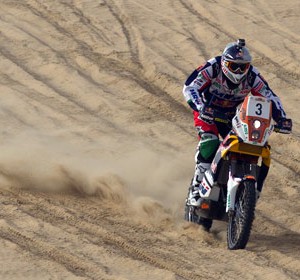