Tuesday evening, the route for the 2013 Silk Way Rally was announced at the well-known private club in Paris, « Raspoutine » to a strong turn out of competitors, team managers and media from across Europe in a warm and enthusiastic atmosphere. 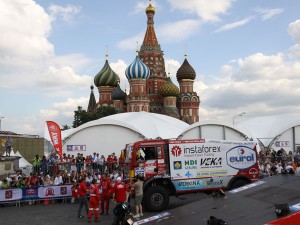 The fifth edition of the Silk Way Rally will set off from Moscow’s Red Square on July 6. While the registration period just recently began there is already very strong interest. This year, once again, the top teams in the sport make up a first-rate field that will create a spectacle equal to their reputations. During the 2013 Silk Way Rally presentation, Semen Yakoubov and Frédéric Lequien, true to their philosophy dating back to 2009, responded to various expectations with this simple motto « Each rally must be better than the last! »

This is true both in terms of organization and competition. The 2013 Silk Way Rally is innovative and the route includes many never before seen sand sections in southern Russia. Bolstering its reputation as a major international rally-raid, the 2013 Silk Way Rally features 3000 km of special stages in one week, which has never been done before!

This year, organizers have definitely raised the bar. The SWR itinerary will take the caravan to unknown territories where there will be a blend of sport, emotion, discovery and culture from one stage to another.

What they have to say: 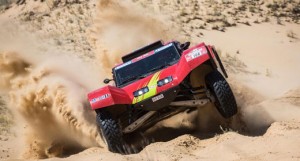 Ronan Chabot —Driver: «For us, the Silk Way Rally is like returning to school after vacation! It is the race that must be done between two ‘Dakars’. It is demanding and at a high-level. Each year, the start at Red Square is a happening and a very emotional moment because I remember when I was a kid, it was not allowed and today, we receive a very warm welcome from the Russian people. I am sure I will have a lot of fun participating in the 2013 SWR because it is a long and first-rate race and we will use the opportunity as a major test for the Dakar. »

Laurent Lichleuchter — Co-driver : « The Silk Way Rally is a wonderful race, a mini-Dakar with a great variety of terrain from the mountains to the desert to the woods, hills and dunes…and the ladies are very pretty ! The organizers are serious and leaving nothing to chance. It is an important race on the Rally-Raid calendar. »

Philippe Gache — Team manager SMG : «This year, we have entered two cars for the Silk Way Rally : Ronan Chabot, who will be in the buggy from the 2013 Dakar and the new car will have modifications aimed for 2014. We will soon announce our driver. The Silk Way Rally is a brilliant race with an ideal terrain for testing, with real competition in the special stages and all of this is made possible by an outstanding organization team. From a calendar standpoint this is the best time of the year for us. It is the perfect race and thankfully it exists. »

Frédéric Chavigny — Driver: «The SWR is a very fine race that is held in a very pleasant country and crosses magnificent expanses. We are going and once we will have a ball ! » 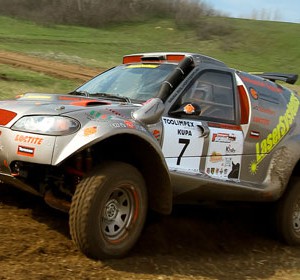 Huge amount of water and mud awaited the competitors at the Toolimpex Cup last weekend – and fantastic atmosphere, thanks...
Copyright 2011-2016 Rallyraid.net - RISE Network. All Right Reserved.
Back to top