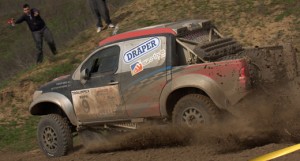 Those who visit the tracks during the weekend are expected to see a large and prestigious field, as beside the Hungarian and Czech Championships CélTarns’97-Rábaköz Cup will be also round of the Central European Zone Trophy (CEZ). For last year’s runner-up at Silk Way Rally, Balázs Szalay this will be the only home event this year, defending Hungarian champion Károly Fazekas will debute in Himod with his brand new (and very spectacular) BMW X6, local ace Imre Fodor, who returned to racing after four years absense at Toolimpex Cup last month will again field an Overdrive Toyota Hilux, just to mention a few names.

But Hungarian drivers are going to face tough challengers, as current leader of the Hungarian Championship and the CEZ, Polish ski jumping legend Adam Malysz will also be at the start line, together with last year’s runner-up in the World Cup, Czech Miroslav Zapletal and former World Cup podium finisher Lukasz Komornicki from Poland. 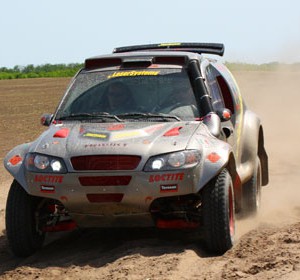 In the past weeks Sólyom Team repaired on its race car the damages and failures obtained during Toolimpex Cup then – as any other...
Copyright 2011-2016 Rallyraid.net - RISE Network. All Right Reserved.
Back to top