Trail-tormented suspension begging for mercy, engine crying for some rest after hours of revving high, competitors’ eyes sticky with dust and exhaustion. This is Dakar reality, which opens up only for the chosen ones. But there is no need to cross over to South America in order to get the taste of what the most challenging rally raid is like. In Mucharz (Poland) from 22 to 23 June 2013 you can do more than half of Dakar stages by competing in the 24-hour off-road MOTOMARATHON, organized by EXTREM4X4 team and TERENOWO.PL web portal. 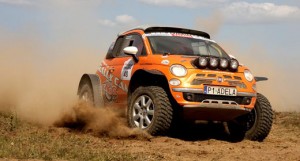 Yes, this is by no means an exaggeration. During Dakar 2013 Stephane Peterhansel covered 9 out of 14 stages of the race within 24 hours. What is more, under way he camped and put his car into the caring hands of mechanics. Relaxation or extended repairs are out of the question during MOTOMARATHON. The best drivers will cover more than 1000 km cross-coutry! Even Dakar has no such special stages…

MOTOMARATHON 2013 is organized on two of the longest days in the year, separated by a short, hot night. The competition will take place just between Kupala Night and St John’s Eve, both of which are times of play, celebration, dance, jumping over bonfires and floating flower garlands. Off-roaders are going to celebrate the beginning of summer their favorite way: burning rubber off-road for 24 hours!

MOTOMARATHON is taking place on a 15-km loop marked up on the bottom of Świnna Poręba estuary in Mucharz district (located between Wadowice and Sucha Beskidzka, easily accessible via A1 motorway). No fear! It has not been filled with water yet and the route is by large marked up on hard ground with no difficult off-road obstacles. Numerous wide sections of the road will allow overtaking slower competitors freely. The idea of 24-hour marathon is not to destroy vehicles, but to test their endurance. The organizers know it well, since they themselves have participated in multiple marathons as both competitors (even winners!) and spectators (also in 24-hour events)

The competition is open for all off-road lovers – while the 24-hour battle will include cars, motorcycles and quads will struggle for half the time.  Separate routes will be prepared for the two groups of competitors. A racing team may consist of one to four drivers per vehicle. No driving behind the wheel limits or obligatory driver changes apply – individual start is possible for those who feel up to it. Motorcycle or ATV teams may consist of 2-3 drivers and up to 3 vehicles, which enables racing relay-style.

Just by the track there will be a service zone, vibrant with life and music, designed for repairs, driver changes and refueling. In the same time another festival will be taking place: Dni Ziemi Muchowskiej (Days of the Muchowska Land), with numerous fringe events. Several gas stations and hotels are located in the vicinity of our base. However, no one is laying down to sleep that night! 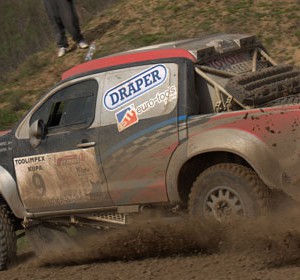 Second round of the Open Hungarian Cross-Country Rally Championship, CélTrans’97-Rábaköz Cup will be organised in Himod,...
Copyright 2011-2016 Rallyraid.net - RISE Network. All Right Reserved.
Back to top