Orlando Terranova to race a MINI ALL4 Racing 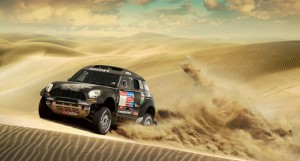 In January, Argentinean Orlando Terranova delivered in fantastic style to impress fans and pundits with one of the best Dakar performances in his career. And in stage 10 he made for a historic success: as first Argentinean car driver in the history of the event, he celebrated a stage win. Now, Terranova wants to prepare for the 2014 Dakar together with X-raid and is going to contest three rallies for the Trebur based team, this year.

As early as next month (15th to 22nd June), Terranova and his Portuguese co-driver Paulo Fiúza will contest the Argentinean ‘Ruta 40’ with the Branca Unico MINI ALL4 Racing. A month later (19th to 21st July), the pairing will compete in the Baja Spain, a three-day event, with the final appearance of Terranova / Fiúza prior to the 2014 Dakar being the Rally Morocco (13th to 19th October).

Orlando Terranova was born on 11th October, 1979, and lives in Mendoza, Argentina, the city of his birth. In 2005, he made his first appearance in the Dakar – on a motorbike, in that year. Four years later he switched to four wheels. He already raced the 2009 and 2011 Dakars with X-raid and in 2013, he rejoined the team to finish fifth in the Dakar right away.

“We are delighted about the fact that Orlando will race this year with us,” says X-raid Team Manager Sven Quandt. “In the past years, he improved consistently and is a truly strong driver, now. ´The combination Orlando Terranova / Paulo Fiúza is a really competitive team and they certainly will give the competition a hard time, with their MINI ALL4 Racing.”

Branca Unico was founded by Bernardino Branca back in 1845 and has remained family-owned since then. With Fernet Branca that is made of herbs and roots, Branca invented one of most popular amaro-liqueurs worldwide. In Orlando Terranova’s home country, Argentina, Fernet Branca nearly is regarded as national drink. 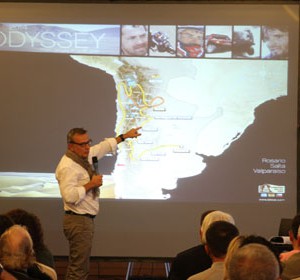 For its last stage, the Dakar Tour stopped off in Barcelona. The Spanish riders and drivers are teeming with energy and plans...
Copyright 2011-2016 Rallyraid.net - RISE Network. All Right Reserved.
Back to top