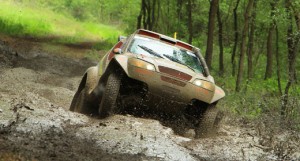 Sólyom Team is through a successful weekend. At Céltrans’97 Cup, organised in Himod, the crew Sólyom – Galbács finished 3rd in their category and 10th overall, while the duo Hangodi – Pocseg finished 2nd in the TH category of the Hungarian Championship and the CEZ.

The two times six kilometres of Friday’s prologue were enough only for warming up the engine. But the team was finally able to test the new suspension setup of the HAWKIA under race circumstances. It turned out that the rear of the car is still very hard, it crackled away many times so it had to be reset.

On Saturday the crew Sólyom – Galbács had no problems at all – except for that 10 minutes penalty that they received because of approaching the parc fermé from the wrong direction. In proportion to the abilities of the two litre engine HAWKIA ran well.

Olivér Sólyom: “The car has never been so good! It’s still weak – but what should we expect from a 2000 ccm engine? As no other car starts in our category, we are classified in a bigger category and among them what we do seems like amble. At this rally a lot depends on the other members of the team, unity can help a lot.”

On Sunday the powers above kept an eye on Sólyom Team for sure because neither an accident nor a major technical problem made their race harder. It’s true that one of the holders of the gearbox broke on the first special, it vibrated, and shook the whole car but this problem was easy to solve in the service park. Unlike the fault of the power steering, from that the oil leaked continuously. But the biggest surprise came after entering the parc fermé at the end of the race: it turned out that the trio of Sólyom – Galbács – HAWKIA finished the rally on 3rd place of the category in the Hungarian Championship, 8th place of the T1 category of the CEZ and 10th place overall.

Olivér Sólyom: “We didn’t even care about our times as many drivers started at this rally and classified in the same category as the cars with bigger engines we thought we had no chance. We calculated with being on 6th-7th place in our category and at the end of the field overall. When the marshals told us that we would be third, we just waved, and thought they were joking. Then Gombi told us enthusiastically that they were second and when we congratulated they told us we could be happy with our third place. We are very happy. We didn’t calculate with this result at all. Our mechanics did a great job, the car worked well throughout the rally, we had to repair only minor things and we didn’t need to forfait at all. We enjoyed every moment of the rally, the spectators were great, their support and love meant a lot to us. I want to say thanks to who designed such varied tracks. I think it was a brilliant idea that the two tracks had parts in common.”

Mátyás Galbács: “Everything was ok! I am surprised and happy for the results. I have never had better time at a rally. Everything went well, I was even happy with the roadbook.” 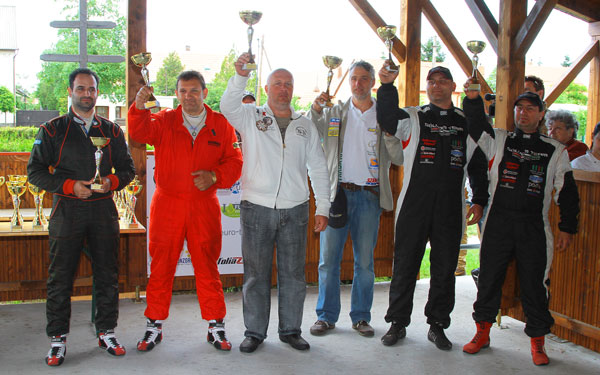 The crew Hangodi – Pocseg had more battles with the technics. Rover-Audi had besides the electrical fault also problems with the fuel supply but finally they were also able to finish the rally.

János Hangodi: “Unfortunately we weren’t able to run in a good pace. The main problem was that there was some dirt in the fuel pipes. The engine didn’t get enough fuel and halted again and again at the exits. On Sunday afternoon we didn’t even start, we were afraid that we would stop somewhere on the track and can’t finish the race. For the results, we thought it was better to enter the parc fermé.”

The crew Hangodi – Pocseg finished Céltrans’97 Cup as 2nd in the TH category of both the Hungarian Championship and the CEZ classification.

The excellent race was disturbed by one severe incident: a disagreement between two crews lead to violence.

Olivér Sólyom: “I thought a lot about giving my opinion about what happened between the crews or not, not being present at the scene, but I have to as I was really enraged. In my opinion nothing can justify that one driver hits another. Quarrels, rivalry, fiery arguments has always existed as adrenalin storms in everyone during the race. But it’s not admissible that anyone try to prove being right by hitting – and it’s unimportant if his complaint is real or not. Violence should be penalised the most severe to prevent anyone from even thinking about bringing such a shame upon this sport.” 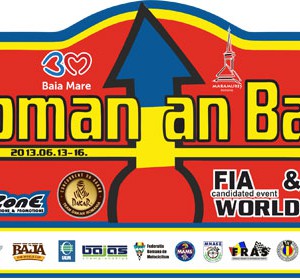