In 2012, Balazs Szalay and Laszlo Bunkoczi accomplished one of their dreams and more so… 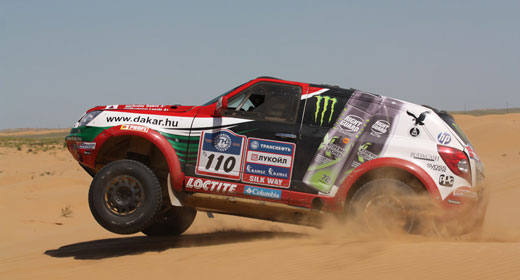 The Opel crew finished runner-up on the Silk Way Rally following a memorable final special stage.  Szalay celebrated this near victory and amazing race, by driving his Opel into a swimming pool…So, it is no surprise that this Hungarian team returns to the SWR this year. “I am very pleased because the organizers have improved the route,” says  Balazs Szalay. “There will be more racing kilometres and fewer on liaison, which is very good news. The loops make it easier for the service crews, who put in a lot of work and in turn we get to spend more time in the desert.”

When asked what he prefers on the SWR, Balazs Szalay is single minded : “The bread and caviar!” answers the gourmet with a laugh. “But seriously, I love everything about this race, I can’t make a choice : the start at Red Square, the forests, the steppes, the desert…” This year, «Balou» has a new car. “It is an Opel Mokka, which made its debut on the Dakar. Last week, we won an international race in Hungary and didn’t experience any problems. The mechanics only had to clean the windscreen…I will do my best to get back on to the podium this year! Last year, I made a bet with Frédéric LEQUIEN, if I finished on the podium, I would win a fantastic weekend in Paris, if I lost, he would have won a great weekend in Budapest…and I spent a very nice weekend with my wife in Paris!

This time, we have a new wager….I do not want to say what it is but it is big!” 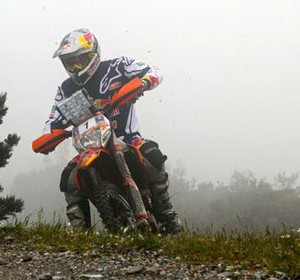 And suddenly everything becomes deadly serious. The two previous days spent "loosely" between technical and administrative...
Copyright 2011-2016 Rallyraid.net - RISE Network. All Right Reserved.
Back to top