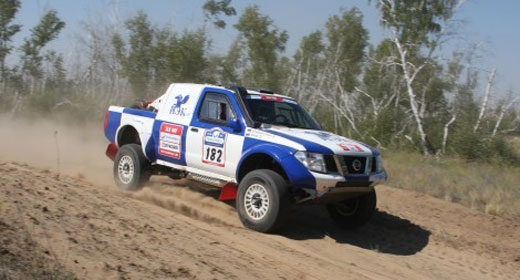 Russia’s team PEK confirmed its status as a Silk Way Rally contender when Evgueny Firsov and Vadim Filatov set third best time on the final special stage to finish 11th overall. This year, team PEK wants to improve both in the international classification and in the Russian championship

The two crews, Evgueny Firsov navigated by Vadim Filatov and Dmitri Ievlev with Alexei Shaposhnikov, will contest the SWR in a Nissan Datsun and Frontier, two powerful prototypes, built by Overdrive and prepared for the Silk Way Rally in Russia at the workshop of Konstantin Zhiltsov, who is also the team boss. «This year we will fight for the national championship, including the next round, which will be part of the Silk Way Rally, » says Evgueny Firsov. « Our priority is to score maximum points. The first three days of the rally will be particularly important and hard for us. Right from the start we will have to attack with a very fast pace. »

«The Silk Way Rally is a special event for our team », continues Firsov. « Its scope makes it different from other races. The verifications at the Olympic Stadium, Red Square, world-class specialists, competitors from around the world, marathon stages, fantastic bivouacs and a sporting atmosphere – all this in a major Russian project! And when you hear that Stéphane Peterhansel or another international super star says at the conclusion of a stage, in the Elista region, that it was the most difficult day of his life, you get a sense of pride that such a top-drawer competition is taking place in Russia.»

The driver of the second car in the team, Dmitry Levlev is preparing for a difficult and interesting rally. «It is an excellent initiative. Every year, the organizers come up with a different route and do everything they can to make the most of the service logistics to reduce the liaison sections. According to the information available, the 2013 route is the most complex in the history of the Silk Way Rally, which makes it extremely attractive. Overcoming difficulties, going beyond one’s capabilities is what makes rally-raid so much fun! » 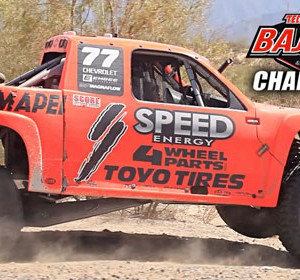 As near perfect weather conditions blanketed the Baja California desert, 32 trophy trucks gathered in Ensenada for the running...
Copyright 2011-2016 Rallyraid.net - RISE Network. All Right Reserved.
Back to top