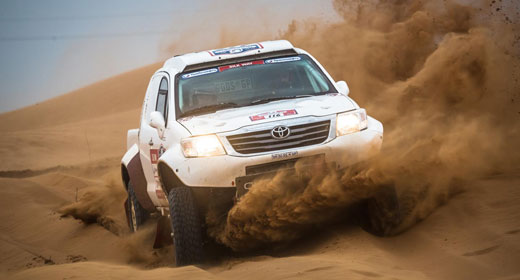 Next week, the car and truck teams entered in the Silk Way Rally head to Luzhniki Olympic Stadium in Moscow for the administrative and technical scrutineering. The car category, which is well-balanced this year, will feature a captivating rally worth following from one stage to the next.

Defending SWR champion, Boris Gadasin (GForce) will have to be on top form to counter the attacks from his rivals in the four-wheel category. The strongest opposition could come form team-mate Vladimir Vlasilyev. Gadasin will also have to battle Balazs Szalay (Opel), Ruslan Misikov (NT), Jérôme Pélichet (Toyota Overdrive), Adam Malysz (Toyota Overdrive), Laurent Fouquet (BMW)…And many others.

But the Russian will also have to keep a close eye on the two-wheel drive entrants, who will most certainly race for the win, led by contenders Jean-Louis Schlesser (Buggy Schlesser), Ronan Chabot (SMG), Christian Lavieille (Dessoude) and Philippe Gache (SMG) who will make his return to competition. 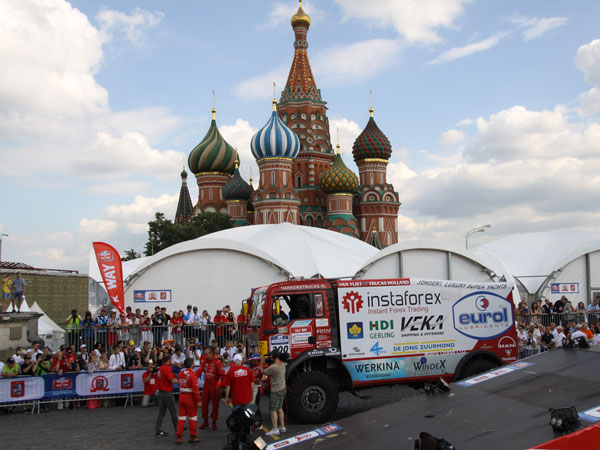 The truck division will feature a battle of titans with the Kamaz Armada entering six vehicles for drivers : Mardeev, Nikolaev, Karginov, Shibalov, Sotnikov and Kupriyanov. Tatra will be represented by Loprais, Tomanek and Ardavichus from Kazakhstan, while Versluis will race for Man Veka and Van Den Brink will be in a Ginaf… in total, 26 entrants will assure the truck race will be one to remember. The 2013 Silk Way Rally promises to be a fantastic motor racing event with Eurosport airing daily reports. Also Rallyraid.net will be in Russia to offer you daily reports and exclusive articles. 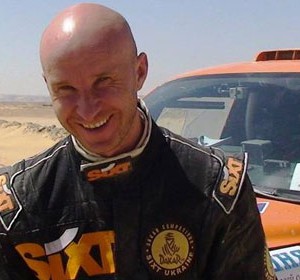 The leader of the Ukrainian team in rally-raids SIXT UKRAINE Vadym Nesterchuk is tragically died in the desert in the United...
Copyright 2011-2016 Rallyraid.net - RISE Network. All Right Reserved.
Back to top