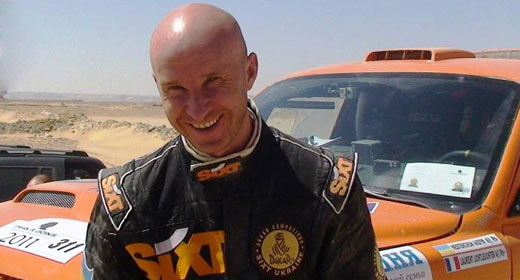 The leader of the Ukrainian team in rally-raids SIXT UKRAINE Vadym Nesterchuk is tragically died in the desert in the United Arab Emirates during the preparation for the rally “Silk Way 2013″. The tragedy occurred in the second half of the day on Monday, June 24th. After a long workout in the desert, the team car stuck in the sand trap.

After unsuccessful attempts to get the car out of the sand out of order Vadym Nesterchuk decided to go for help to the nearest highway. His running mate, a local resident, which was held drill, Vadym left next to the car and sent the GPS coordinates of the location of the car. Later Nesterchuk also sent the coordinates of his location near the road. The rescue group that helps organize training in the desert received coordinates, immediately rushed to the aid of Ukrainian rider. However, arriving at the location identified by Vadym, already found him unconscious. Managed to save the second participant training, but the doctors said that was late for another half an hour to save him would be impossible. According to the preliminary version of the death of Ukrainian rider has come as a consequence of heat stroke and dehydration. The exact cause will be announced later.

After the repatriation of the body of Vadym Nesterchuk to Ukraine will be announced date farewell to the Ukrainian rally-driver.

Rub Al Khali desert was a favorite place for training before the race.
Having learned of the tragic news, rally-drivers and other racers from different countries expressed their condolences to the family, friends and team Vadym Nesterchuk. “It is an irreparable loss for the Ukrainian society and sports.” “Vadym was one of the best among us.” “The aspiration of Vadim to promote our country and Ukrainian sports could be the envy of many athletes in different disciplines.” These are the words you can hear the address by Vadym Nesterchuk by phones and social networking pages.

Vadym Nesterchuk was 42 years old. He is survived his wife and two children.

Vadym Nesterchuk was known in Ukraine, not only as an racer but also as a businessman. He was the head of the roll and the leasing company SIXT (Ukraine). In early 2013 he founded the international charity in the name of Ivan Bohun. 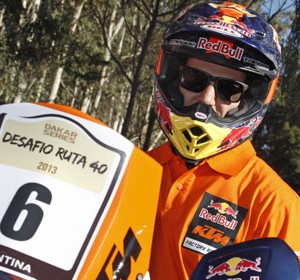 KTM’s American rider Kurt Caselli on Saturday won the final stage of the Desafio Ruta 40 Rally in Argentina to clinch the overall...
Copyright 2011-2016 Rallyraid.net - RISE Network. All Right Reserved.
Back to top