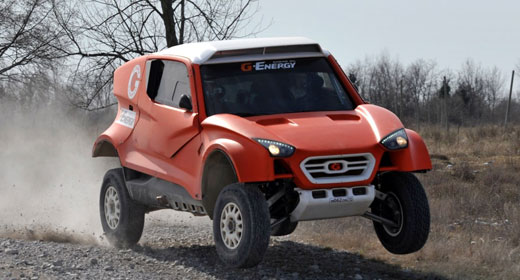 Some teams are lucky enough to only fight their battles in the dirt and dust of some of the most inhospitable places on the planet, but others need to fights theirs in the courtrooms of Europe. You might have noticed that the ever-popular G-Force team have been missing from a few rounds of this year’s World Cup… and not by choice…

What can best be described as a new interpretation of the technical requirements meant that the team of the ever-popular Boris Gadasin and his famously hard-charging team mate Vladimir Vasiliev were not allowed to take the start of the first round of the FIA World Cup in Italy.

The appeals process was complicated, expensive and above all time consuming, and although the end result is that the team finally won they were forced to miss Italy, Qatar and Abu Dhabi… meaning that they are already out of the fight for the 2013 championship.

However pleased some teams might be about that though, Gadasin will be behind the wheel of his stunning new Proto for this year’s Silk Way Rally that blasts through the heart of Russia, eager to defend last year’s victory.

“While the races were at a standstill the team weren’t and we’ve been busy developing the new car. Not a single part on the new car is the same as the old. In fact the whole concept is different,” says Boris. “It’s certainly not the nicest thing to happen, but one positive outcome of the exclusions was that we had more time and resources to put into this new car!”

And as an indication of just how the team has bounced back there will be no less than 5 G-Forces taking the start in Moscow’s Red Square on 5th July. Top Rookie in this year’s Dakar rally Vasiliev will be pushing his team mate hard in the other new car… and with certain of the other teams, be sure that G-Force will be taking no prisoners! 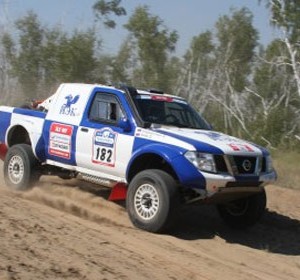