The “preferential price” period is over since 2 weeks and we can already see an evolution of 20% compared to last year at the same period, this should bring even more action in all different categories. The “Rally Queen”, elected recently, will compete as well and will be facing the course, but also the “golden dunes” conceived by René METGE! 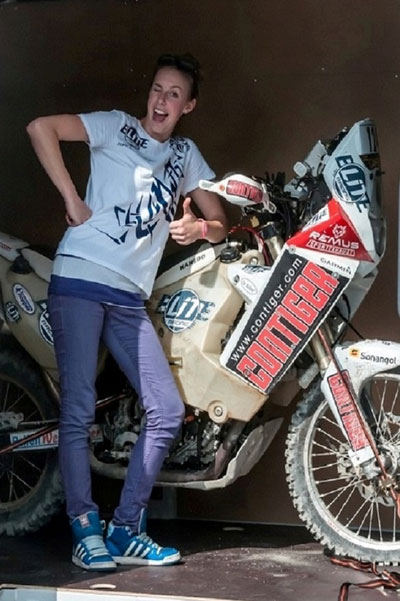 WHO IS THE RALLY QUEEN?
After receiving over 600 applications, it’s finally Julia SCHRENK who got selected to be the “Rally Queen”. Julia will compete on the 6th edition of the SONANGOL AFRICA ECO RACE next to Chris HORWATH, both supported by ELITE RACING TEAM.

Here are her first words : “My name is Julia Schrenk. I’m 24 years old and I’m from Austria. In 2010, I started riding dirt bikes offroad.
The casting for the Rally Queen was a fantastic chance. It wasn’t easy though. I trained hard every day.
It is a great honour for me to start for the Elite Racing Team and I intend to do well at the SONANGOL AFRICA ECO RACE. In future I will be open for new and I will do my best.
The protection of nature and the development aid are very important for me. The SONANGOL AFRICA ECO RACE is a fantastic event. I am happy to be a part of it.“
Congratulations to “Jules” (Julia’s nickname) as well as the organizers of the ELITE RACING contest.

WHAT’S EXPECTED FOR THE PARTICIPANTS?

René METGE took some time for the participants and unveiled few hints concerning this year’s journey for the 6th edition of the SONANGOL AFRICA ECO RACE: “The competitors will race for 5 stages in Morocco. We tried our best to reduce and balance the “assistance track” especially for stages 2 and 3 which were very long, 497km and 670km, both reduced to 520km and 375km.
They will be in real action quite quickly with a big stage on the second day and also a lot of sand, which will end directly on a new bivouac. 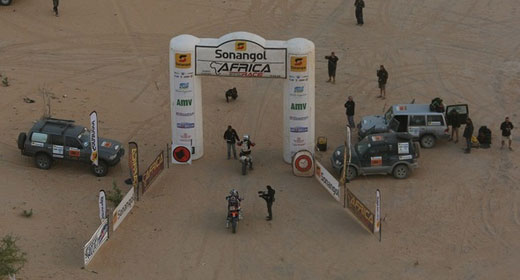 Stage 3 will mainly be unseen tracks. Stages 3 and 4 will not have any liaisons before and after the selective sections, this will give the opportunity for all the members of the caravan to applaud the participants at the finish line which will be straight on the bivouac as well.

Stage 4 will be 50% new track as well as the end of the 5th stage. The “resting” day will take place in Dakhla, next to the Ocean, just like in 2013.
In Mauritania, which is always very expected by the competitors, we will have 5 stages as well and most of the tracks will be new.

We will have 2 loops, first one will be in Akjoujt, same as 2013 and the second one, will be very tough but we want to give it a go, will be in one of the “Golden Dunes” which are magnificent.
Finally, the liaison towards Senegal will be shorter with a bivouac on the sea shore. Obviously, the finish line in Dakar will be at the mythical “Lac Rose” and the awards will be delivered on the podium as usual.
René will leave during whole of September to approve and if necessary refine this year route. More news about the route, beginning of October. 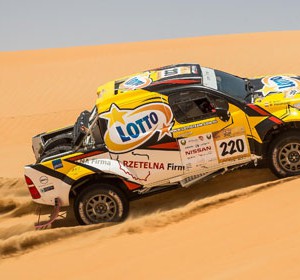 Belgium-based Overdrive Racing will field three Toyota Hiluxes in this weekend’s Baja Aragon, one of the most popular cross-country...
Copyright 2011-2016 Rallyraid.net - RISE Network. All Right Reserved.
Back to top