At the end of the second leg of the American stage of the Dakar Challenge, Peter Hajas has proven to be the most consistent of the group. The combined results from the Tecate score Baja 500 and the Eldorado Reno 500 place the driver from Minnesota in the lead in the Dakar Challenge. He will be looking to show his talent between Rosario and Valparaiso next January. 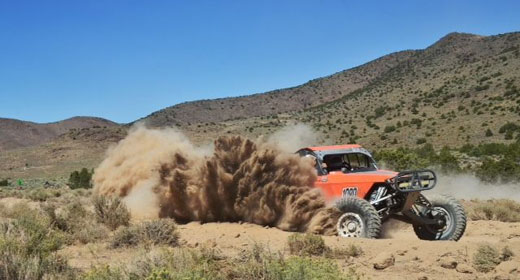 The region around California, Nevada and the western United States in general harbours some first-rate all-terrain drivers. The latter assembled for the second edition of the Eldorado Reno 500 to take on over 650 kilometres of treacherous terrain. Amongst the canyons and in and around the volcanic rocks that make this race so special, Peter Hajas made sure to limit the number of punctures to four and to react as quickly as possible each time. Among the 61 cars racing, with duo Tim Herbst and Larry Roeseler leading at the end of the weekend, the Bajas driver emerged more intact than all of the other competitors in the elimination race which especially affected the teams registered in the Dakar Challenge. He finished ahead of Jonathan Brental by over three hours and won his free ticket to the Dakar 2014: “The Eldorado Reno 500 has been the perfect race for us: no major technical problems and we handled the refuelling stops well. We are very proud to have won the Dakar Challenge. Even if preparing for the rally is a new challenge in itself and despite the fact that we are feeling more and more intimidated, it’s something that we really look forward to.” Before going up against the discipline’s best drivers on 5 January next year in Rosario (Argentina), the team formed by Peter Hajas together with Lester Praire will continue to perfect their skills on the Big Horn 250 in Las Vegas and then on the Baja 1000. Then it’s time to take the plunge.

Forthcoming dates for the Dakar Challenge 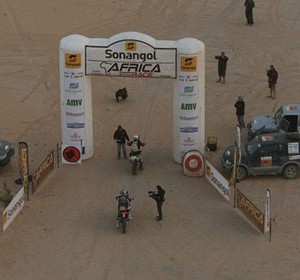 The “preferential price” period is over since 2 weeks and we can already see an evolution of 20% compared to last year...
Copyright 2011-2016 Rallyraid.net - RISE Network. All Right Reserved.
Back to top