Champagne shower for Sólyom Team at I. Adrenalin Sprint Cup 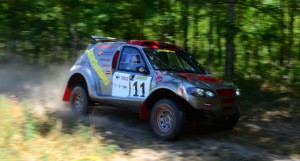 At first at I. Adrenalin Sprint Cup nothing pointed at Sólyom Team’s T1 race car having any problems. But at km 2 of SS1 brake had gone and never returned. Apart from this Sólyom Team achieved 7th place overall and 3rd in their category at the rally.

Novelty this year in cross-country rally, the first event of three-round sprint cup series was organised in Pusztavacs on 3 August. Sultry heat awaited those who visited this one day long, exceptionally fast race. At the rally, 10 selective sections had to be completed which were a bit more than 10 km long. To make this more difficult, the organiser let only 20 minutes  for service.

For the crew Sólyom – Galbács fast racing was only 2 km long. Then the brake pedal simply fell in and even after 3-4 pumping there was only very weak brake effect. The crew of Sólyom Team completed the first four selectives this way then the problem was repaired at the short service. But some hundred metres after the exit of the service park the brake started to gripped on its own and braked the car to stop so the crew had to forfait. The team couldn’t find out the reason of the controversial phenomenon even after one hour and a half so the crew had to complete the last two selectives with engine brake. 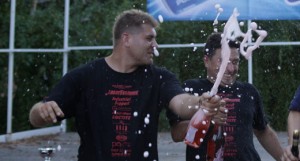 Olivér Sólyom: “This all was crazy. On the first four selectives we ambled along as my grandma with her walkers, on the last two like my grandma without her walkers. We were lucky even to finish and so to score valuable points in the championship and in the cup classification.Despite the problems, the first sprint event was a great experience, we spent the time in good company and nice atmosphere and at the prizegiving we were even able to bath the organiser in champagne. But as for the brake system, we still couldn’t find out what caused the symptoms. Less than two weeks to go until HunGarian Baja, we have this amount of time left to find the solution.”

Sólyom Team’s category TH crew, János Hangodi and Ferenc Pocseg finished 2nd in its category with the Audi-Rover at I. Adrenalin Sprint Cup.

The next race for the team will be in Pápa on 15-18 August. At the 10th HunGarian Baja Sólyom Team will be represented by three crews: Olivér Sólyom – Mátyás Galbács (HAWKIA), János Hangodi – Ferenc Pocseg (Audi-Rover), Björn Hrabal – Walter Hrabal (Mercedes G). 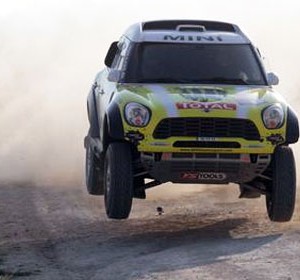