Hungary is just one week away from hosting another motorsport competition after WTCC and Formula 1. This time Papa will be the location of the HunGarian Baja where a series of well-known races will be held. First of all, the FIA and the FIM will organize their next World Championship races, the UEM will host its European Championship race in motorcycle category and moreover the MNASZ will organize the next stage of the Hungarian Championship. The best Hungaian racers will take part in the competition and Imre Fodor and his navigator Attila Csato would like to win here as well after they won the Romanian Baja. With a good result they would take a big step towards winning the Hungarian Championship. 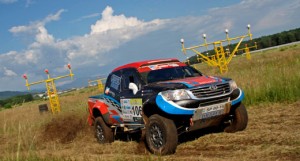 This year’s Hungarian championship is really exciting in car category. Imre Fodor and his navigator Attila Csato only have a 1-point-advantage ahead of Imre Varga and Ferenc Szegedi so it is going to be a really tough competition between them.

“There is no such as minor or prior race, these are all important races. We respect all of our opponents. So far, all the four races have been won by different racers so the competition is extremely tough. We are at the top of the table right now and I hope this will not change after the HunGarian Baja.” – Imre Fodor said.

Even though, both of them have been racing for years, this is the first time they took part in a competiton together.

“We first entered this race back in 2006 and 2008 in Veszprem but with different cars; Imi with a Mitsubishi and I raced with Nissan. I have to admit that we could not achieve good results back then because we had to compete with such excellent racers as Sandor Kis Laszlo Palik and Balazs Szalai.” –  Attila Csato said.

The navigator has been organizing the race from the beginning and he is very proud that with Zoltan Garamvolgyi, who is still the main organizer of the race, they won the prestigious “Race of the Year” award.

“We have started every year with the same declaration: We have to compete at the HunGarian Baja. This race is very important for us because we have the chance to compete with world-class racers at our homeland. And also it is good for the spectators because they have the chance to examine the newest technologies. The staff and the organization have always been exceptional. This race has always been a good example for foreign organizers as well.” – Attila Csato said.

This work relationship was created at a HunGarian Baja and it seems that it has worked out well so far.

“Last year, we were standing along the sidelines and Imre turned to me and asked: Do you wanna be my navigator next year? We are really motivated and Imre does never accept any mistakes. Everything is given for a good result so now it all depends on us. The HunGarian Baja is the most important for us.” – The navigator said. 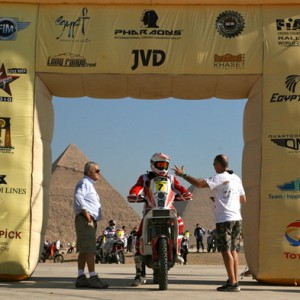 As a confirmation that Egypt is more than ever on the way to modernity and political stability, Pharaons Rally has again...
Copyright 2011-2016 Rallyraid.net - RISE Network. All Right Reserved.
Back to top