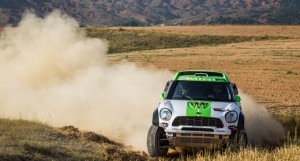 This weekend, the Monster Energy X-raid Team will go for it in the Baja Hungary, the fifth FIA Cross-Country Rally World Cup round, with a two-vehicle line-up. Spain’s Nani Roma will contest the event together with his French co-driver Michel Périn in their MINI ALL4 Racing. In the past three months, the pairing secured three consecutive rally wins! The second MINI ALL4 Racing will be raced by Krzysztof Holowczyc (POL) and his navigator Andreas Schulz (GER).

The three-day event will be started with a 7.5-kilometre ‘Super Special’. On Saturday, the competitors will have to cope with two 120-kilometre special stages and on Sunday, there are another two 98-kilometre special stages waiting for the field. All the stages will be contested in the environment of the Hungarian city of Pápa, some 150 kilometres from Hungary’s capital Budapest.

Team manager Sven Quandt: “With Nani and Krzysztof, we have got two spearheads in the battle for the FIA World Cup title. Currently, we are holding the lead in the team ranking and we are determined to extend his lead. At first glance, the Bajas don’t look too demanding but usually, the paths are really narrow and the trees extremely close. So, a puncture or a damaged car can occur quickly if a driver isn’t fully focused.” 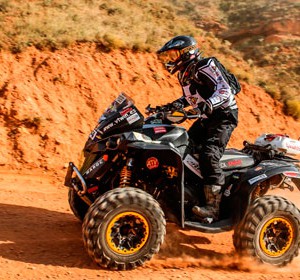