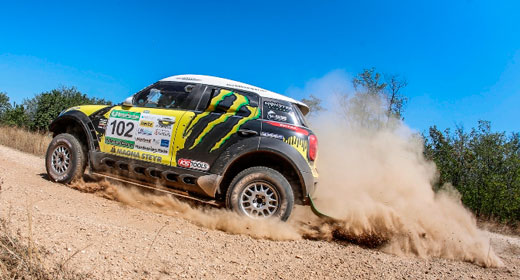 The 10th HunGarian Baja continued with 2 shortened stages on Sunday. There were no big surprises in the end. Nani Roma won the competition while his teammate Krzysztof Holowczyc finished in the second position but only with 42 seconds. The Venezuelan Nunzio Coffaro concluded the race in the third position. Among the Hungarians, Pal Lonyai was the first while his biggest rival in the overall classification, Imre Fodor, finished in the second position.

As it was expected, Roma and Holowczyc finshed in the first two places at the 10th HunGarian Baja. Although, after the Superspecial, the latter leaded the competition, in the end Roma managed to take over and keep the first position from his MINI teammate.

“I am very happy because that was my fourth consecutive win at the HunGarian Baja. Our car worked well. We had a tough competition with Krzysztof. I hope that this momentum will help me win the World Championship.” – Roma said.

According to the Polish racer, the mistake that he committed on Saturday cost a lot in the end but he is happy with his performance.

“If it had not been for my mistake at that stage on Saturday, I could have won the race. The next Dakar is coming and I think that was a good race for preparation but we still have lot of work to do.” – Holowczyc said.

The two MINI racers were followed by Nunzio Coffaro and Miroslav Zapletal.“We knew that we cannot compete with the MINIs. Their cars and their racers are fantastic but we are really happy with this result because beside them we finished in the third position. – Coffaro said.

The Hungarian Championship was also really interesting. Pal Lonyai and his co-driver Robert Nyeste concluded the game in the first position while their biggest rivals, the Imre Fodor, Attila Csato duo, finished in the second position. This means that they finished in the World Championship classification in the 5th and 6th position respectively.
“I feel really well because this was an important race for us. We showed to the best world-class racers that we can compete with them and that they cannot afford any mistakes against us. “ – Lonyai said. 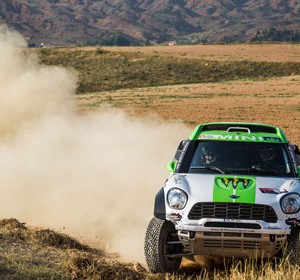 This weekend, the Monster Energy X-raid Team will go for it in the Baja Hungary, the fifth FIA Cross-Country Rally World...
Copyright 2011-2016 Rallyraid.net - RISE Network. All Right Reserved.
Back to top