Ollie Lloyd of OWL Racing will be riding a factory Speedbrain 450 Rally for the remainder of 2013 and into 2014.

“This represents a big step for OWL Racing and it shows our determination to carry on our success in motorcycle rallying and to move this forwards for 2014. Our collaboration with Speedbrain is a vital part of our preparation for International events and the Dakar in 2015″ commented Steve Lloyd, Team Manager.

The Speedbrain has already had a shake down session in Wales and will make it’s debut at the Centennial Rally on August 15th. 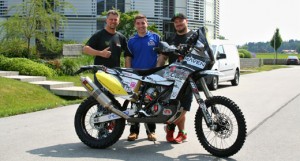 “The bike is amazing, it is very different to ride. The 450 motor makes lots of power and the overall package is just sensational. We look forward to pushing forwards on the Speedbrain 450 Rally, our thanks go to everyone at the Speedbrain Factory for providing us with an ultra competitive machine and back up service” Ollie Lloyd, Team Rider

After the Tuareg Rally in March, OWL Racing had close contact with the World Championship team Speedbrain based in its state of the art development centre in Stephankirchen, Germany. Ollie was invited to test the Speedbrain factory bike in April with Gerhard Foster which gave him the opportunity to ride a Dakar Rally stage winning bike.

OWL Racing has also recently gained three sponsors which have shown an interest in Ollie’s development and results over the last 6 months. These new partners are Magenta UK, Socius Network and Maven CP. Sponsor shot

“The new Speedbrain bike means I have a much lighter purpose built rally bike which still meets the UK rally series class regulations and also meets the regulations to put me into the main 450cc world championship class and the Dakar rally. This has brought me a lot closer to my dream of entering the Dakar Rally and I am so thankful for the support from my new sponsors.” Ollie Lloyd, Team Rider. 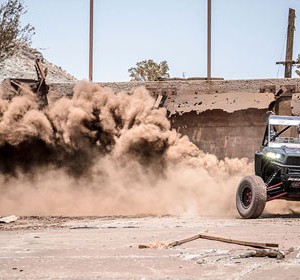