Marc Coma (team KTM Red Bull) and Paulo GONCALVES (Team HRC RALLY) are the two drivers competing for the title of Rallies World Champion. With only three points separating them, the two men will compete for the title in the OiLibya Rally of Morocco.

Polish champion Jakub Przygonski, unfortunately lagging too far behind to pretend playing spoilsport, but he will not fail to try the win of one or more specials.

KTM sees its best chances of victory with COMA on No 1. KTM has also brought along Ruben Faria, LOPEZ, VAN Niekerk, Grabham , STRANGE and Caselli . Suffice to say that the Austrian “orange” brand has put all together quite a team to counter the ambitions of HONDA HRC. The Japanese firm hasn’t showed up empty handed bringing along Joan BARREDA and Helder Rodrigues accompanied by SUNDERLAND , Pizzolito and Gracida, all attending the OiLibya Rally of Morocco on their new official mount.

Olivier Pain also aiming for the best places with YAMAHA and Frans Verhoeven. SHERCO RALLY FACTORY TEAM relying on Alain Duclos and three teammates to reach the podium.  The Italians are out in force also competing for top spots including the ENI team with leader Oscar Polli , GAGGIANI , the very feminine Giada BECCARI , and the owner of the Team Giuseppe RECCHI .

Besides the usual pletoria of teams in the OiLibya Rally of Morocco, we find the NOMADE RACING, PIBOULES Racing teams … and a big community of Dutch drivers, here to share the sand slopes with the great champions. There are also some newcomers trying out their skills in the Moroccan desert.

In the Quad category, Vincent Albira is risking his title this year on HONDA .he’s also participating in the BAJA Rally of Morocco.  Sonik RAFAL, World Champion Quad category, will be put to the test by the Qatari promoter ABU -ISSA who made his debut in the World Championship this year, and the Italian Camelia Liparoti already four times World Champion in the women’s category is on course to win another world title in quad. 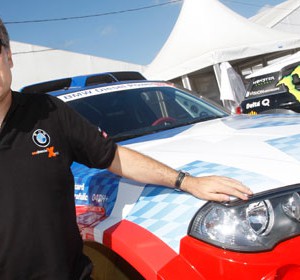 Before travelling to South America in January for the 2014 Dakar Rally, X-raid sends six cars to Morocco’s dunes. This...
Copyright 2011-2016 Rallyraid.net - RISE Network. All Right Reserved.
Back to top