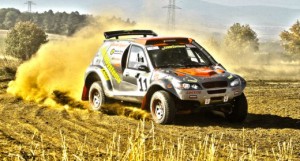 2nd Adrenalin Sprint Cup was organised last weekend in Etyek. Those who were there already know, those who weren’t can learn now: Sólyom Team participated in a very exciting event. The crew Sólyom – Galbács achieved 4th place overall and 2nd in their category, the crew Hangodi – Pocseg finished 2nd in Group TH.

The rally HQ and the service park was situated at a very nice venue, more perfect weather couldn’t even be ordered, the tracks were brilliantly simple but varied and the atmosphere of the event was familiar. The two crews of Sólyom Team were not disturbed by any technical problems, they were able to pay all their attention to racing.

Olivér Sólyom: “This year so far this was the best rally, thanks and congratulations to the organisers. Each and every metre was a delight! There were no problems at all with our car, and for this I am very grateful to our mechanics, they did a great job. We learnt only at the very end of the rally, in the service park that Gombi was disqualified for technical irregularity. For us this meant a better position by one place both in overall and in category classification, but we were very sad about his misfortune. According to the current standings, we have to fight a fierce battle with Gombi at the last round of the Hungarian Championship in November, the difference in points between the two crews will be minimal.”

Mátyás Galbács: “We are through a great rally, no racer can hope for more and better experiences. I think there is a real need for sprint events in the 2014 cross-country rally calendar.”

According to the latest information, the next and last round of the 2013 Hungarian Championship will be held in Domony on 16 November. The finish of the 3rd Adrenalin Sprint Cup will be at the BNV (Budapest International Fair) venue. Sólyom Team welcomes everyone at their service area at the last cross-country rally of the year. 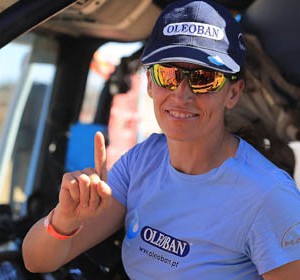