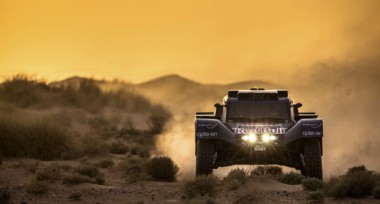 Rally racing legend Carlos Sainz is heading back to the Dakar as he continues to feed his addiction to Motorsport’s toughest test of endurance. As a previous winner of the Dakar and an icon of the World Rally Championship there is plenty of buzz surrounding the Spaniard’s latest project, the all-new Red Bull SMG Rally Team.

During Carlos’ six previous participations in the Dakar he has collected a total of 25 stage wins along with an overall victory in the 2010 car race. Victory that year included a memorable battle with former team-mate Nasser Al-Attiyah in the dunes of Copiapó and the same tough terrain of the Atacama Desert is back in 2014. Success at the Dakar followed El Matador’s two WRC titles and served to increase his reputation as a fierce competitor.

Carlos returns to the Dakar in 2014 behind the wheel of a brand new vehicle developed side-by-side with Red Bull SMG Rally Team Manager Philippe Gache. Carlos and Philippe have plenty of Dakar experience between them and are confident this two-wheel drive Buggy can blast through the unique challenges of the 15-day rally.

Carlos will also have his trusted co-driver and former Dakar champion Timo Gottschalk alongside him for the ride. The German navigator has already proven himself to be an expert in finding the quickest route though the desert sands of the Dakar Rally. 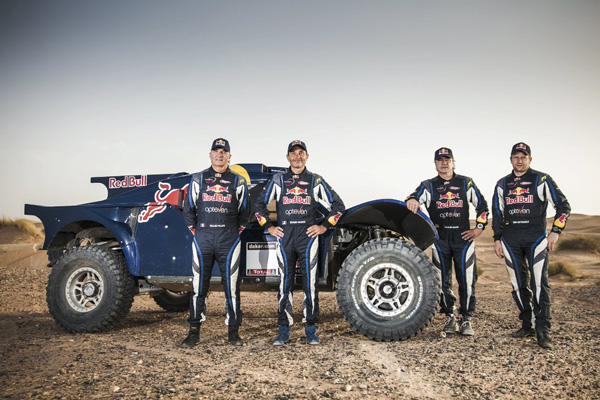 Carlos and Timo are joined in the Red Bull SMG Rally Team by Ronan Chabot and his co-driver Gilles Pillot. This will be a twelfth Dakar participation for the Frenchmen and follows their top ten finish in a Philippe Gache developed Buggy last time out. The experienced duo’s seventh place at the previous Dakar saw them finish as the fastest two-wheel drive pairing for the second time at the desert classic.

As Carlos and the members of the newly formed Red Bull SMG Rally Team continue their period of accelerated preparation ahead of the 2014 Dakar, it’s clear that they have lost none of their hunger for this race.

“This year I have been working with Philippe Gache who has great experience of bringing Buggys to the Dakar Rally. I have worked with Philippe before during the Rally de Espana Historico when I won in a Porsche 911 so I know we can be successful together.”

“I’m feeling very positive about the Buggy we will take to the Dakar. The aim will be to bring the car across the finish line. We could be fast or we could be slow but the important thing is never to stop. We have been testing the car and working hard over the last weeks to identify problems so we can fix them now ahead of the race.”

“To be involved in the Dakar is something really special because the race is such a unique event. At the moment I’m not feeling any nerves but I’m sure they will come on the day before the race. It’s normal to feel some butterflies in the stomach before embarking on a 15-day cross-country rally.”

“Last time we finished some stages inside the top three and at certain points we were leading. This gives us confidence that we can do something special at the 2014 Dakar Rally and we are excited to get started. We have driven thousands of kilometres this year testing the Buggy and we’re in great shape to start the race.”

“I have a lot of respect for Carlos Sainz and his career. Since the first test I have been impressed at his natural understanding of the car.”

“We have worked a lot on this car and are coming with a talented driver line-up so we are targeting a good result for the team. My own experience of racing the Dakar has helped us develop a strong vehicle that can compete at this challenging race. My background as a racer helps me to understand what tools my drivers need to be successful at the Dakar.”

“I have been working with Ronan and Gilles for the past few years and now Carlos and Timo have joined us. We are all talking the same language and share the same desire to do the best we can at the Dakar. 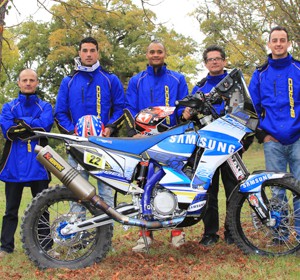