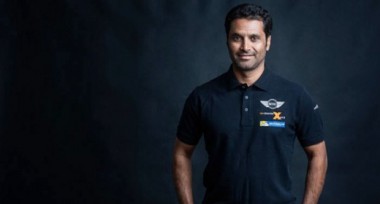 Just before the 2014 Dakar Rally that starts in January, 2014, X-raid succeeded in adding another major asset to its driver line-up: with Qatar’s Nasser Al-Attiyah, the Trebur based team successfully signed the experienced and extremely fast 2011 Dakar winner! Together with his long-term co-driver, Spaniard Lucas Cruz, Al-Attiyah will contest the event with a MINI ALL4 Racing.

Al-Attiyah already raced for X-raid from 2005 to 2009 and in 2008, he secured the FIA Cross-Country Rally World Cup title with the BMW X3 CC. In 2011 he won the Dakar Rally. In addition to his involvement in off-road rallying, the Arab also contests WRC events. Furthermore, Al-Attiyah also is a successful sportsman besides motor racing and he was the skeet-shooting bronze medalist in the 2012 Olympics.“I’m just delighted with returning to X-raid after so many years,” said Nasser Al Attiyah. “With the Dakar wins in 2012 and 2013, X-raid proved that their MINI ALL4 Racing is a competitive and reliable vehicle. It was an easy decision and I really look forward to cooperating with the team, in the coming years.”

“We always kept an eye on each other,” revealed X-raid Team Manager Sven Quandt, “And when his project got into problems we decided to offer him the opportunity of racing a MINI ALL4 Racing. The competition in the Dakar gets tougher year by year, with the buggies in particular getting more and more competitive due to the advantages granted them by the regulations. To have the chance of prevailing with a four-wheel driven car we need a powerful team. And with Stéphane, Nani and Nasser as well as Orly, Krzysztof or Vladimir we have a very good line-up.” 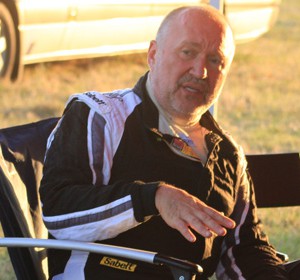 The 2013's Cross Country Rally World Cup is over. Portalegre was the last race of this championship. It was after the race...
Copyright 2011-2016 Rallyraid.net - RISE Network. All Right Reserved.
Back to top