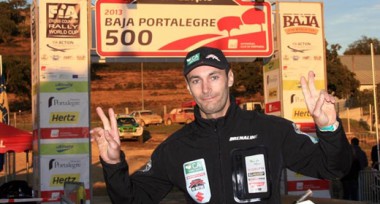 A mere second was the final difference between Mário Patrão and António Baja on the 2013 Baja Portalegre 500. After some 352 kilometres of intense competition, the two riders fighting not only for the win in Portalegre, but also for the National title, finished separated by 4m50s, with Maio on the top spot, although the local hero was penalized in five minutes for not stopping at one of the check points.

With this, Maio ended the ACP Motorsport event in second and lost not only the race, but also the National crown. But the truth is that the race was a very hard affair between the two. After opting for stopping during yesterday’s Super Special and ending up being the last to start, both gave a huge show for the spectators during today’s stage.

António Maio managed to gain five seconds over Mário Patrão at the early stages, but the Suzuki rider would fight back soon after so to get a 34 seconds lead before the fourth refuelling. But Patrão lost time before that very same point due to the rear tyre wear, and got back to second and thought the title was lost. However, with Maio not stopping at CP2, the final result was truly a turn around.

In third, behind Patrão and Maio, was Pedro Afonso. The rider finished more than 10 minutes adrift from the first and with a mere 27 seconds margin from Henrique Nogueira. Rounding up, the Top 5 was Domingos Santos, winner of the TT1 class. 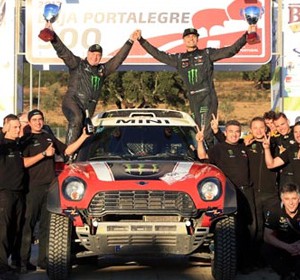 Krysztof Holowczyc won the 2013 Baja Portalegre 500. The Polish driver was the strongest throughout the two days of the most...
Copyright 2011-2016 Rallyraid.net - RISE Network. All Right Reserved.
Back to top