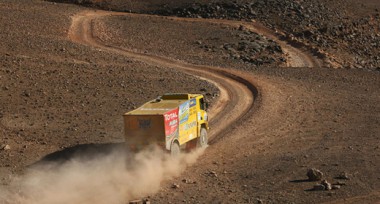 A little less than one month to the SONANGOL AFRICA ECO RACE, which will start from St Cyprien on the 29th of December. All the conditions are put together, and the 6th edition of the event will, once again, be an extraordinary adventure.

First of all, concerning the 2014 course. It is now completed, according to René it should be slightly more difficult than the 2013 edition with a lot of new things and, of course, typical African bivouacs in wilderness. In order for all of the participants to imagine, here is the official map of the course; 5580km of which 2997km are selective sections divided in 11 stages. 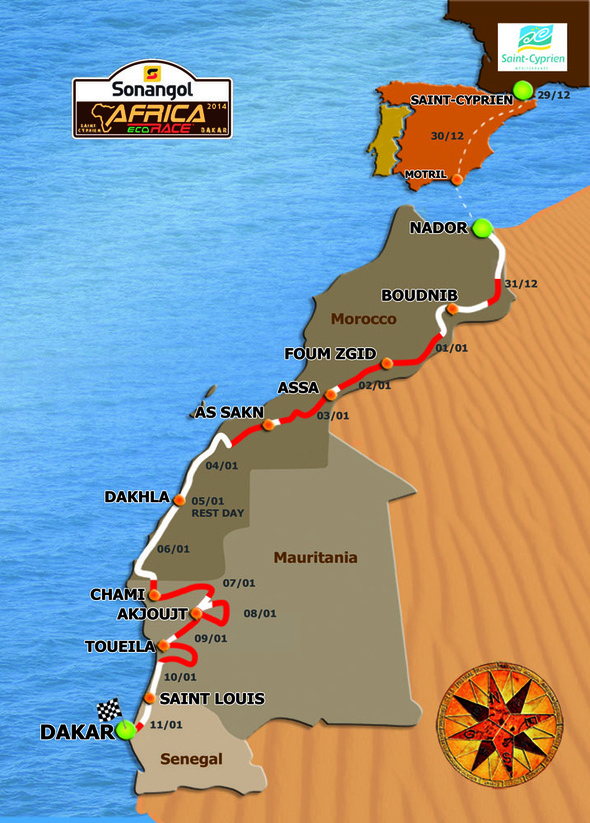 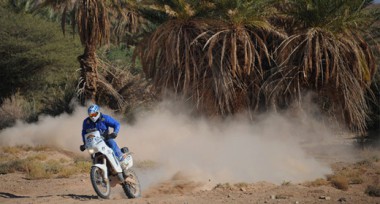 Winner of the 2011 SONANGOL AFRICA ECO RACE edition, Willy JOBARD is back on the 2014 edition as factory rider. The experienced French biker, which participated to a lot of rallies during 15 years, will ride a ZONGSHEN 450 HYBRID2, directly given by the Chinese manufacturer. Already well accustomed to competition on track ( endurance championship ). The SONANGOL AFRICA ECO RACE will be a new experience for ZONGSHEN, which is the fifth motorcycle manufacturer in China. For this adventure, Willy JOBARD and the Chinese manufacturer will be assisted by CHALLENGE 75, a company which has over 25 years of experience in this type of events. But the most surprising thing is that the 450cm3 hybrid motorcycle will be supplied with water ; actually, steam will be produced by a mini booster and will be squirted in the air intake. First of all, this system will slightly increase the engine performances but also will significantly reduce fuel consumption and CO2 rejection in the atmosphere. A logical choice, in correlation with the SONANGOL AFRICA ECO RACE. ZONGSHEN will also be associated with a Spanish lighting company called GARNATILED, they will provide their brand new long distance headlight system. 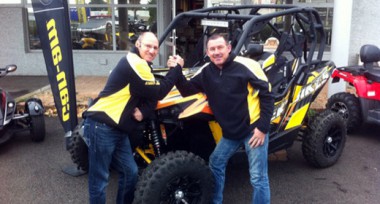 Philippe PINCHEDEZ is a on road motorcycle champion. After winning the Promosport french championship, many participations at the “Bol d’Or” and a 3rd place on the moto tour, the Frenchman succeeded in his conversion in off road rallies. His best result is a 10th place on the Tunisian rally in 2006, driving a self-built buggy, noticing there were 3 MITSUBISHI, 3 VW and 2 SCHLESSER BUGGIES. It shows his talent as a competitor but also as a manufacturer.
After a number of victories with SSVs on various competitions, the “Montpelliérain” took the decision to prepare the brand new CAN AM Maverick SSV to compete in the 2014 SONANGOL AFRICA ECO RACE. Concerning the modifications, reinforced wheels components, new suspensions, a 120 liter fuel tank, a homologated roll cage, and few extra horsepower with a new exhaust system.
The vehicle should be ready by beginning of December. Philippe PINCHEDEZ will share this adventure with Thierry PICCO, also coming from bike competitions but this time, in off road.
Thierry PICCO, which was supposed to compete on 2 wheels for the 2014 edition will be seated on the right side for the first time due an injured arm. A true challenge for the biker which will raise the colors of “ligue contre le cancer” himself a former patient. A duet of bikers which will do their best to take the SSV as high as possible in the “AUTO” category. 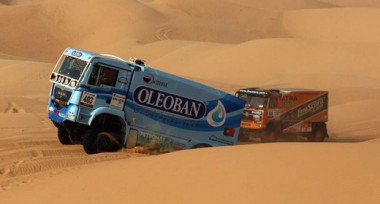 The Portuguese driver Elisabete JACINTO participated to every edition of the SONANGOL AFRICA ECO RACE since 2010 in the truck category. Her best result is 2nd place on the 2012 edition, but the nicest memories are on the 2013 edition because of the battle with the KAMAZ, she even won a stage. She finished 3rd behind the Russian truck and Tomas TOMECEK on his TATRA. Elisabete promised she would be back in 2014, and its with a lot of assurance the official MAN driver will be at the start: “_We have worked a lot since last year, even if we were very good in breaking portions, our problem was clearly the sandy sectors. My MAN is a serial range truck, so its very heavy, driving it in the sand is a very tough job. If we go too fast we get stuck often, if we go slow and lower the tire pressure, tire gets off the rim. We lost a number of races due to these issues. But now, we have found a solution and managed to test it on a rally. So I’m going to win this SONANGOL AFRICA ECO RACE which I cherish so much. This race is a true adventure where strategy, driving and navigation are all very important. Here only you will find landscapes where anything can happen. You always need to meet the challenge and I love it !
Plus, the ambiance with my rivals is very good and I really can’t wait to be in Africa_!

Indeed, the different truck crews all know each other well because they are all faithful to the event, like Noel ESSERS ( MAN truck ), which will celebrate a very special event on the 6th Edition of the SONANGOL AFRICA ECO RACE. 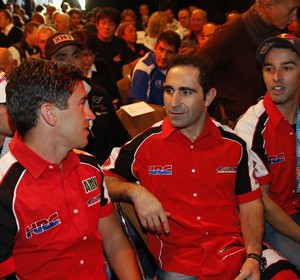 The French capital today witnessed the official race presentation of the Dakar Rally 2014 which gets underway in Rosario,...
Copyright 2011-2016 Rallyraid.net - RISE Network. All Right Reserved.
Back to top