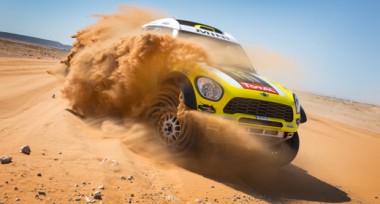 X-raid is going to contest the 2014 Dakar held in Argentina, Bolivia and Chile with the biggest driver line-up in its history. In addition to the four Monster Energy X-raid Team drivers – Stéphane Peterhansel, Nani Roma, Krzysztof Holowczyc and Orlando Terranova and the recently announced Nasser al Attiyah – who all will race a MINI ALL4 Racing, the service park will feature another six MINI ALL4 Racing and a BMW X3 CC.

The South American motor-racing enthusiasts may be particularly happy. Altogether, the continent will be represented by four drivers. Apart from Terranova, the two pairings Federico Villagra / Jorge Perez Companc (MINI ALL4 Racing) and Adrian Yacopini / Marco Scopinaro (BMW X3 CC) are also Argentinean. Villagra mainly has got World Rally Championship experience under his belt, to date, but in October, in the Morocco Rally, he succeeded in attracting a lot of attention. There, he demonstrated that he is quick and safe also in the dunes. While Yacopini already demonstrated that he has got what it takes to drive the BMW X3 CC consistently and without taking unnecessary risks.

The fourth South American driver is Chile’s Boris Garafulic who is going to once again race the Dakar with his French co-driver Gilles Picard. In the previous two Dakar Rally editions –Garafulic also started for X-raid – the Chilean proved that he is a top-15 driver. He once again will race the MINI ALL4 Racing in the Chilean colours.

With Poland’s Martin Kaczmarski, the X-raid Team line-up also comprises a Dakar rookie. The 23-year old has been contesting off-road and cross-county rallies for just two years, now. In his appearances to date he impressed with his pace. In the passenger seat of his MINI ALL4 Racing, the experienced Portuguese co-driver Filipe Palmeiro will be responsible for the navigation.

Russia’s Vladimir Vasilyev and his Ukrainian co-driver Vitaly Yevtyekhov are well-known faces in the off-road rally fraternity. Vasilyev already raced a MINI ALL4 Racing in the 2012 Baja Portalegre. Now he wants to also go for it with X-raid in the Dakar Rally. He secured the fine third place in the Morocco Rally and in addition he won a special stage. Further, he finished runner-up in the Silk way Rally and secured the title in the Russian Off Road Championship. 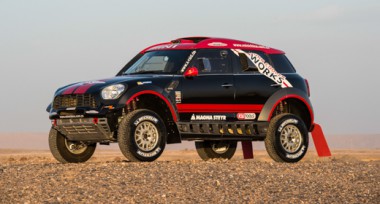 Meanwhile, Zhou Yong is the first Chinese driver to race with X-raid. He already has got the experience of six Dakar appearances under his belt and finished 19th in the 2012 and 2013 editions of the legendary desert rally. And this October he won the China Grand Rally. He also will race a MINI ALL4 Racing, in the 2014 Dakar.

The German pairing Stephan Schott / Holm Schmidt also is going to race again the 2014 Dakar with a MINI ALL4 Racing. It’s the sixth Dakar for Schott and his second with the MINI ALL4 Racing. This year, he attracted particular attention with his impressive seventh place in the Abu Dhabi Desert Challenge.

“We can rely on a competitive team, in the Dakar”, says X-raid Team Manager Sven Quandt. “Our line-up comprises several faces that are well-known from the previous Dakar Rallies but some newcomers, too. I’m convinced that some of them could be good for a surprise. Certainly a lot of people will keep an eye on Zhou Yong, the first Chinese driver in a top car. The 12-vehicle line-up also represents a major logistic challenge for us. In this area, our experiences gathered in the past years will prove to be helpful.” 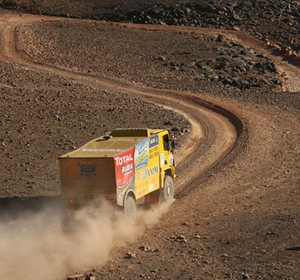 A little less than one month to the SONANGOL AFRICA ECO RACE, which will start from St Cyprien on the 29th of December. All the conditions...
Copyright 2011-2016 Rallyraid.net - RISE Network. All Right Reserved.
Back to top