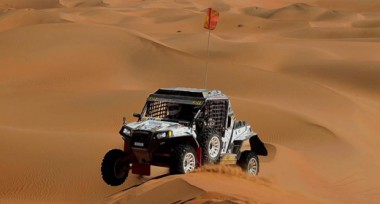 The Saudi driver opens the national hall of fame in motorsports as he obtains the first FIA World Cup title for Saudi Arabia. Yasir is the new FIA Cross Country Rally World Champion of the T3 class.

“I am proud to be the first Saudi to earn a FIA World Championship title, and I hope that this is only the first of many others to come! For me, the 2013 was outstanding. I joined a French team, very professional, Xtreme+ Polaris, the best in rally raid. Thanks to them, I won several FIA World Cup events: Hail Saudi Baja, Abu Dhabi Desert Challenge, Sealine Cross Country Rally, Oilybia Rally in Morocco, and finished the Hungarian Baja in the second place,” tells Yasir.

“The Polaris RZR 900 XP40 prepared by Xtreme+ is an amazing machine, no gear, easy to brake and to steer. You have to understand it and respected, and once you make it your own it can take you anywhere with its incredible suspension. It is a truly great machine; it goes fast in difficult tracks, a little slow in road connections or fast tracks, but very safe.”

Yasir Saedan is used to participate in competitions in his own country, so for him, 2013 was the first international season. “This year, I also discovered a new discipline: cross country rally. It has been a fantastic experience that has shown me new countries, new cultures and new friends… 2013 will be a year that will remain in my memory for a very long time… and the year of my first title!” 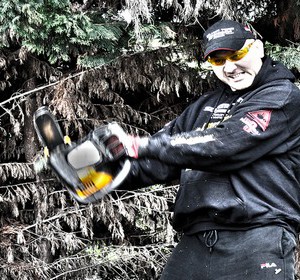 Should the rainy weather goes on until the weekend Sólyom Team expects a big wood-cutting comeptition at the 3rd Adrenalin...
Copyright 2011-2016 Rallyraid.net - RISE Network. All Right Reserved.
Back to top