Among the 40 quads to start the rally, more than 60% of which are South American riders, there will be many challengers for the podium. The phenomenal Marcos Patronelli is still the major favourite to defend his title, but the competition seems likely to rock the boat… 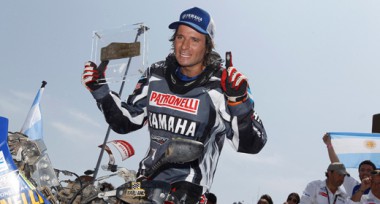 Alone or together, as a duo or in alternation, the Patronelli brothers have been all-conquering in the quad category for the last four editions of the Dakar. Last January, it was Marcos who represented the clan, with the efficiency that is now synonymous with the family’s reputation. From the second day, the Gaucho took control of the race and then in the space of four stages built a lead of more than an hour, enabling him to manage the situation and win his second title in Santiago. With 14 stage victories (without hardly breaking into sweat!) in five participations, Marcos Patronelli has become one of the major players on the Dakar, in addition to taking on the role of Argentinean flag-bearer. He will again have to live up to this responsibility when lining up on the starting line in Rosario on 5th January. Despite his traditional calm and collected appearance, the determination of the boss is without doubt. However, there are many challengers waiting for Marcos to make a mistake or even to try and out-race him.

His South American neighbours have shown themselves to be the most threatening and are gaining in confidence each year. In 2013, Ignacio Casale climbed on to the second step of the podium, confirming the promise he already had shown in previous years. The Chilean has since won the Desafio Inca in Peru, whilst one of his Argentinean rivals, Lucas Bonetto (4th in 2013) won the year’s other Dakar Series race, the Desafio Ruta 40. Respectively aged 26 and 22 years old, they represent the emerging generation of Latino quad riders ready to do battle. Unless, of course, the precociousness of Jeremias Gonzales Ferioli, a tender 18 years of age, does not grab the glory: on the Desafio Ruta 40, the boy from Cordoba grabbed a 6th-placed finish!

The ambitions of the young challengers are clear, but some experienced riders also intend to resist this new wave, and even take on the leading roles. This will be the case for Polish rider Rafal Sonik, again 3rd last year and still driven by the same appetite for victory. Dutchman Sebastian Husseini may have made his debut last year on the event, but managed to stay on the tails of Marcos Patronelli for the first five days before losing ground and finishing the race in 6th position. He will legitimately be aiming for the podium too. 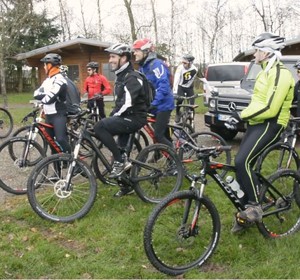 The German X-Raid team will again contest for a title in legendary "Dakar" which the team won together with Stephane Peterhansel...
Copyright 2011-2016 Rallyraid.net - RISE Network. All Right Reserved.
Back to top