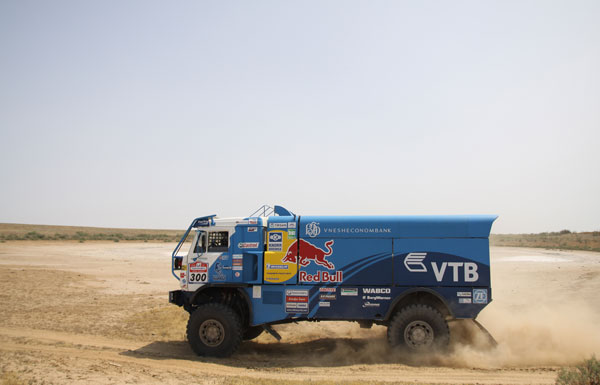 With his eyes full of tears on the podium in Santiago, Eduard Nikolaev put the shine back into Kamaz with his first success in the Dakar last year. The time is approaching to confirm that victory, but Gerard De Rooy and a long list of Dutch drivers intend to make life difficult for the Kamaz team.

It was a light soft shot, not a hard blow. The day Vladimir Chagin retired after seven wins in the class ushered in a difficult time for the Kamaz team, which had to undertake a renewal of drivers who had not shown their full potential yet. The following year – 2012 – Gerard de Rooy’s win, with no Russian presence on the podium, confirmed how difficult it was to look ahead to the future. However, normal service was restored in the last edition of the Dakar, where rising star Eduard Nikolaev managed to get a blue truck onto the highest step of the podium. To round things off, the team showed great form by completing the ranking with Ayrat Mardeev (2nd) and Andrey Karginov (3rd), and all this with an average age of just over 29. A sign of fierce competition. Aware of the difficulty of repeating the exploit, the engineers from Naberezhnye Chelny have developed a version of their truck equipped – like their rivals – with a smaller engine that is nevertheless just as powerful: “because we turn the page every year”, says the ‘little Czar’ Eduard Nikolaev.

As for 2014’s ‘page’, De Rooy and his teammates intend to write it in a rather more forceful style than last year. Although De Rooy won 6 stages (he had perhaps dreamed of starting a ‘turquoise blue’ era), the Dutchman’s 4th place in the final ranking left him a bitter taste in the mouth. His cousin Hans Stacey, winner in 2007 and second in 2012, is the second trump card in the group. By slightly moving away from the Eindhoven-based team, one gets the feeling that Kamaz run the risk of being assaulted by an armada of Dutch trucks in teams of differing strengths, but all to be taken seriously nevertheless. After winning his first special stage last January, Peter Versluis is aiming quite a bit higher than his 7th place with his MAN truck, which has been tuned up in the workshops of the Veka team. The Ginaf trucks, completely redesigned and developed since last year, will have the ambitious Wuf Van Ginkel back, and also Martin Van den Brink, to have a shot at the podium.

The wind of technological revolution has not only been blowing over the plains of Holland. The real outsider could well come from the Czech Republic, and people will be watching the Tatra of Ales Loprais very closely. Its bodywork has adopted the vintage look launched by De Rooy two years ago. Re-christened “Queen 69”, his reworked truck allows him to aim at a podium finish as in 2007. In a nearby rival team, Martin Kolomy was involved in the battle for the podium during the main part of the rally before falling back to 5th place. One could guess Kolomy will make a point to proudly fly the colours of the Czech Republic at the podium ceremony this year in Valparaiso

Jordi Viladoms to race for KTM in Dakar 2014 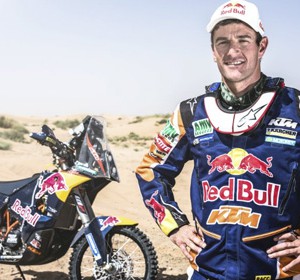 The logistical operation of the reigning bike race champions transports the team from Austria to Argentina. It’s no coincidence...
Copyright 2011-2016 Rallyraid.net - RISE Network. All Right Reserved.
Back to top