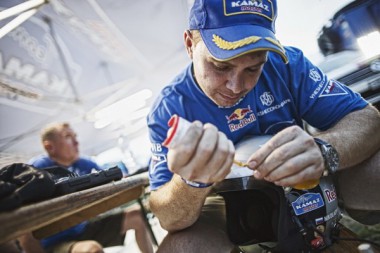 On Friday 20th December KAMAZ MASTER team had a press-conference in Moscow devoted to participation of the team in rally-marathon “Dakar-2014”. All the pilots took part in press conference headed by Vladimr Chagin.
Last year Dakar winner Eduard Nikolayev gave the interview for RISE Network.

RN: What is the most important improvement on his car this year?

EN: First of all it is a new engine, which we have tested all the season, then we worked with braking system, a lot of improvements were made. Also we slightly changed the external restyling – bodies, roofs, cabins which helped us to improve the weight of the truck within the regulations. This year we paid much attention to our physical preparation and took part in races and tests. 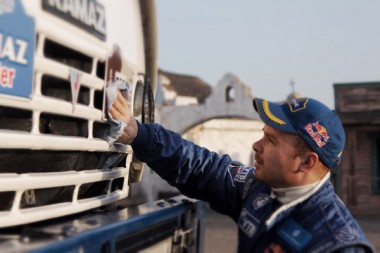 RN: What do you expect from yourself at the Dakar?

RN: What do you expect from the route?

EN: We hope that the route will be difficult and interesting and Organizers prepared for us a lot of new tracks. 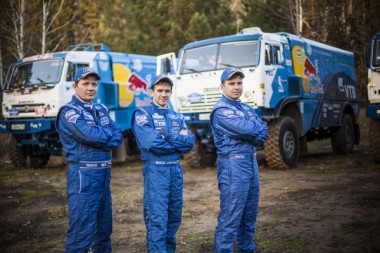 RN: Which can be the most interesting/decisive stage?

EN: The main decisive are stages with bushes and heavy low pieces of dunes, where there are white sands and “fesh-fesh” and all these can provoke to make mistakes. The most interesting, I don’t know… Each stage is interesting, both in Argentina and Chile.

RN: For which can the route be more suitable: 4×4 or trucks?

EN: It is suitable for real marathon guys on the wheels of trucks, cars, bikes and quads who are used to the severe difficulties and the race, which is considered with the brand “Dakar”. “Dakar” should be exactly the marathon race!

RN: Suppose you will win the Dakar again. After that result what could be your next goal/motivation?

EN: I have been lucky to win the Dakar last year, but it could not be enough victories on such competition as Dakar, so the next goals are the new victories. 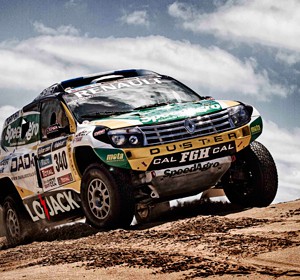 Renault Duster to participate in the 2014 edition of the most demanding and exciting off road race contest of the world:...
Copyright 2011-2016 Rallyraid.net - RISE Network. All Right Reserved.
Back to top