HAWKING or not HAWKING? 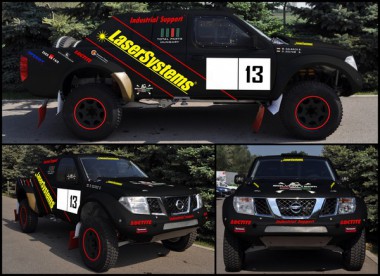 In the past few days many news and guessings appeared on cross-country rally news portals and on forums about the new car of Sólyom Team. To avoid any misunderstandings, Sólyom Team is glad to announce that on 11 December the 2014 racing car of the crew Sólyom – Galbács arrived to the team. The car, a Nissan King Cab that was handled by Sandlander previously from now on will be raced by Sólyom Team at cross-country rallies under the name “HAWKING”. 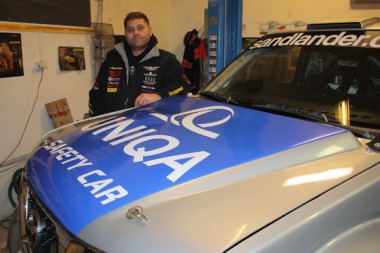 Olivér Sólyom: “We were in negotiations with several owners for a while. We chose this car because this is the optimal solution for the plans and conception that we established together with our sponsors. The past record of the HAWKING, that we checked carefully, determines our presence in the 2014-2015 seasons. Certainly, now some foreign rallies, that we couldn’t even dream of before, became accessible for us. We are extremely happy, content and lucky that finally this masterpiece of racing cars landed at us!” 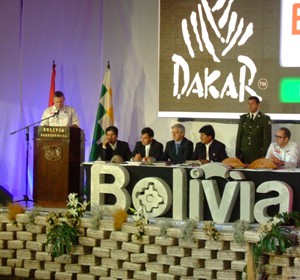 To celebrate, slightly in advance, the first visit of the Dakar to Bolivia, Etienne Lavigne was welcomed to La Paz for a presentation...
Copyright 2011-2016 Rallyraid.net - RISE Network. All Right Reserved.
Back to top