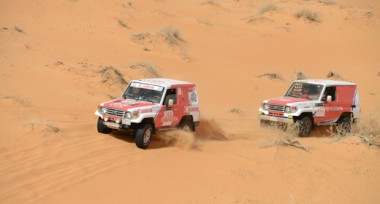 Organisers of the Jeddah Rally have announced an exciting incentives package for competitors keen to take part in the new-look event on January 30 – February 1st, 2014.

To be held under the patronage of H.R.H. Prince Khalid Al-Faisal, Governor of the Mecca region, and H.R.H. Mishaal Bin Majed Bin Abdul Aziz, Governor of Jeddah and head of the Jeddah Rally’s Higher Organising Committee, the three-day Jeddah Rally will be a cross-country style event open to FIA T1 and T2 entrants and motorcycles.

It is the second event of its kind to run in the Kingdom of Saudi Arabia and follows in the footsteps of the Ha’il Rally, a former round of the FIA World Cup for Cross-Country Bajas.

International competitors will be offered $1,500 USD towards their shipping costs to Jeddah and six nights’ hotel accommodation in twin rooms. Entrants from GCC countries will be given $1,000 USD towards shipping and offered a similar six-night hotel package.

Local competitors will be offered $265 USD (1,000 SR) towards their transportation costs, five nights’ accommodation and free entry for privateers.

The event is being organised with the support of the Higher Committee of the Jeddah Rally which incorporates the General Presidency of Youth Welfare, Jeddah Municipality, the Jeddah Chamber of Commerce and Industry, the Saudi Commission for Tourism and Antiques in the Mecca region, a branch of the Saudi Red Crescent in Mecca, the Jeddah Police and Traffic Departments and Civil Defence Administration in Jeddah. 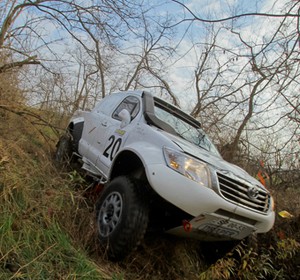 The last round of the Hungarian Championship couldn’t have been better for the crew Imre Fodor – Attila Csató. They...
Copyright 2011-2016 Rallyraid.net - RISE Network. All Right Reserved.
Back to top