Jordi Viladoms to race for KTM in Dakar 2014

KTM Racing has announced that Spanish rider Jordi Villadoms will join the Red Bull KTM Rally Factory Team for the Dakar 2014. Viladoms, a late entry to the KTM lineup, will be the support rider for three-times Dakar winner Marc Coma. 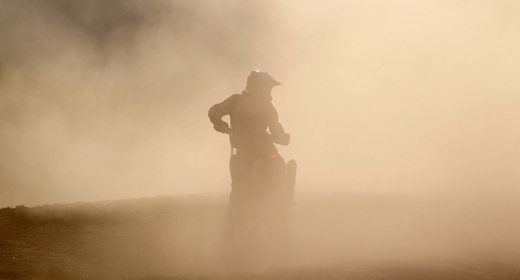 Villadoms is an experienced Dakar competitor who rode for KTM from 2006 to 2010, although his best individual result came in 2012 when he finished fourth overall.
The 33-year-old rally racer joins the team followed by the tragic death of Kurt Caselli last month, who was a career KTM rider. While the team tries to come to terms with the loss of a valued and talented colleague and friend, Team Manager Alex Doringer said he was now seeking to consolidate and provide stability during the Dakar.

“We are very aware that no-one is able to replace Kurt, who was a special friend and teammate, but we believe that what we need now for the team is stability. Jordi has worked with us in the past and he has a lot of Dakar experience. This experience he has, along with the familiarity with the team, will help us during this difficult transition period,” Doringer said.

Viladoms said he was looking forward to riding again for the KTM Factory team.

“It’s obviously a shame to be inheriting the ride under such sad circumstances, but I’ll be doing my best to put on a good show in Kurt’s memory,” he said.

Joining Coma and Viladoms in the team for the 2014 edition of the Dakar are Portugal’s Ruben Faria and Francisco ‘Chaleco’ Lopez of Chile. They will be competing on the latest edition of the KTM 450 Factory Rally bike, which has been re-designed from the ground up, as the team attempts to capture another Dakar victory.

KTM has won the Dakar every year since their breakthrough year in 2001, except for 2008 when it was cancelled at the last minute because of security issues in Northern Africa.

The Dakar Rally starts on January 5, 2014 and this year takes riders through Argentina, north into Bolivia and then down into Chile where it concludes at Valparaiso on January 18, 2014 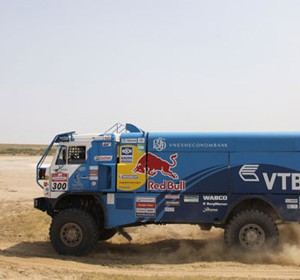 With his eyes full of tears on the podium in Santiago, Eduard Nikolaev put the shine back into Kamaz with his first success...
Copyright 2011-2016 Rallyraid.net - RISE Network. All Right Reserved.
Back to top