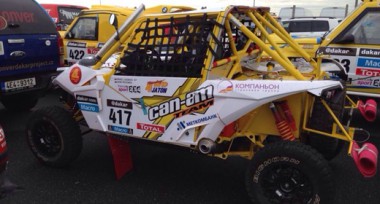 Russian “duo” Pavel Loginov/Igor Petenko, team 4RALLY, will take part in rally marathon “Dakar-2014” on the wheel of CAN-AM MAVERICK #417 in the category T3. The technical support on the race will be organized by experienced Spanish team 4WD Jaton Racing.

For two-week travel on the Argentinean canyons, serpentines and mountain passes of the Andes, and certainly, across the Atacama Desert in Chile where will pass the route of new edition of marathon “Dakar 2014”, CAN-AM MAVERICK – the leader brand of the Canadian company Bombardier Recreational Products (BRP), got additional light in front, sports seats and the belts, the developed lateral protection of a cockpit, a fire extinguishing system and the weight shutdowns, more protected system of a fence of air for the engine, sports Donerre absorbers and, certainly, obligatory navigation equipment. Generally, everything that is necessary to leave rivals behind.

In spite of the fact that for Pavel Loginov and Igor Petenko it will be the first “Dakar” in new category T3 and the first race on CAN-AM Maverick, the goals, set by factory division of BRP in Argentina, are very serious. Russians will fight for a podium in the category! Within the preparation program the crew has already passed some intensive trainings in Spain, Morocco and Arab Emirates. 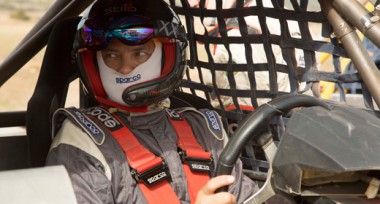 “Participation in “Dakar” demands very serious and thorough preparation therefore it is important that we began this process in Morocco where our team took part in rally of OiLibya of Morocco 2013. We managed to test the car in sands of erg Chebbi in Erfoud, then to work with car settings with engineer from Donerre in Barcelona and finally to spend 3 days in Liwa desert for final sand practice in very high dunes of Moreeb hill. So for now we are ready for race and wait the start!”. 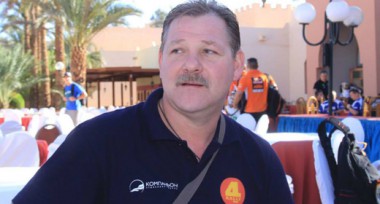 “Dakar” is dream for each pilot, the “top” goal to which we aspires, and I am not an exception. 20 years ago, I wouldn’t believe that I will be in the entry list of this prestigious race.
The forthcoming release of race becomes for me debut, and the debut will be threefold. The first “Dakar”, the first time on the car of the category T3 and for the first time, “Dakar” will be such extended on the general distance and a distance of special stages.

Me and Pavel carried out a serious preparation, tested the car in hard ground and sands and physically we had special trainings as the category T3 is specific, a car design are opened, therefore endurance will be defining factor”.

Through the first checkpoint 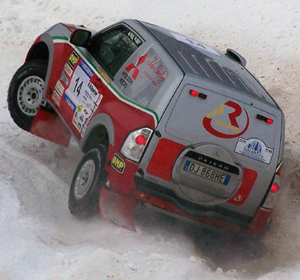